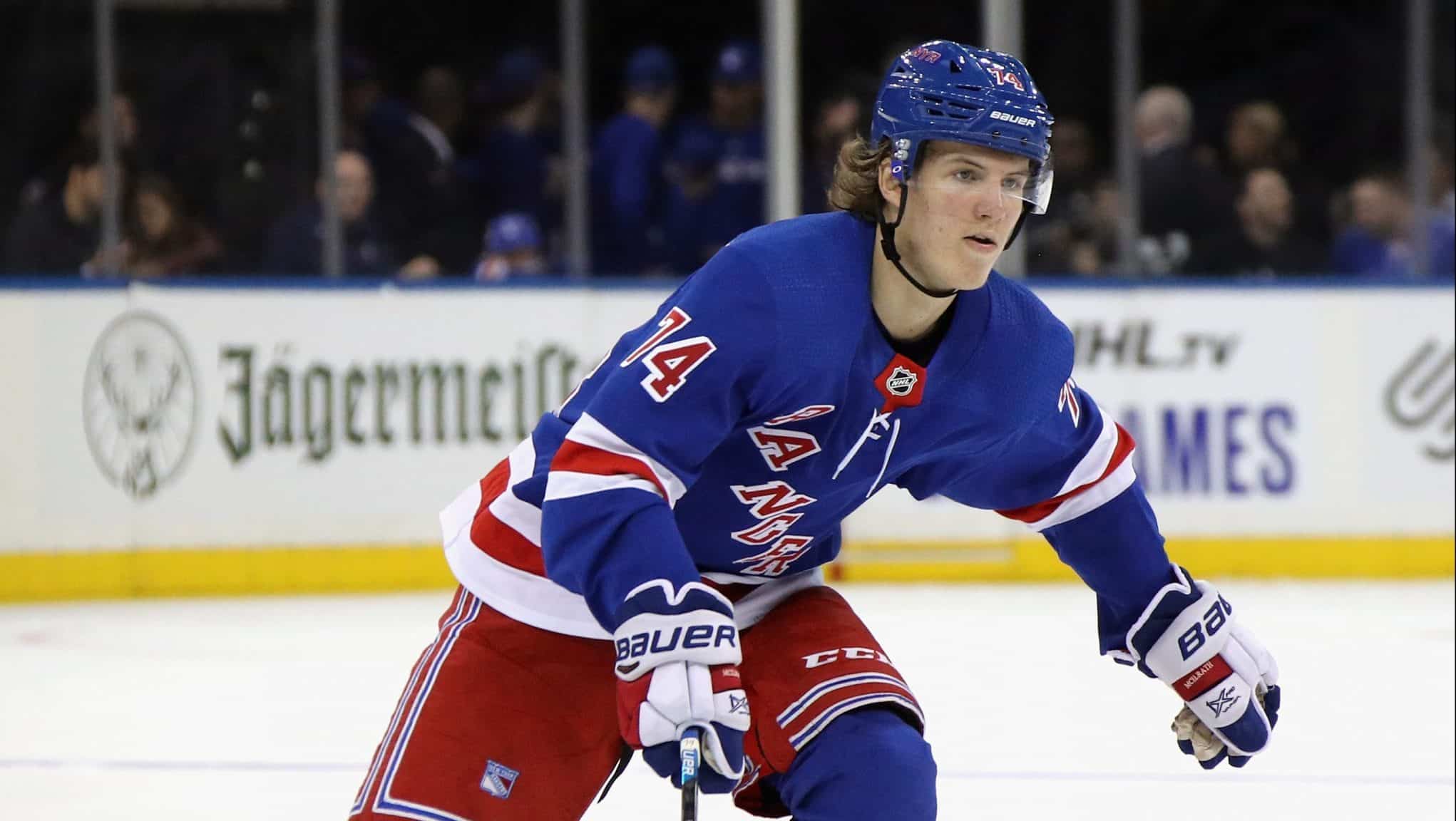 The New York Rangers have some interesting pieces coming to help their NHL roster.

Under the guidance of the Jeff Gorton regime, the Rangers invested heavily in recent drafts on the blue line. However, when Scott Wheeler at The Athletic discussed the organizational depth, it was a forward who jumped to the top of the breakdown.

The Rangers were ranked second overall by Wheeler last year, but dropped all the way to 18 this year.

Wheeler loves what Othmann is doing this season.

“[Othmann’s] got a lethal, masked release that he can get off of his blade at multiple points while still maintaining pinpoint accuracy. He’s got a silky first touch into quick hands. He’s got that sixth sense as a scorer, where he just finds holes in coverage and in goalies to finish plays at a higher rate than most.”

Berard is currently tied for 15th in the NCAA with 32 points and has been playing really well lately.

Great backhand dish by Berard to find Moynihan for a one-timer. That's his 10th of the season to give us a 1-0 lead!#GoFriars pic.twitter.com/ClVnbIICEu

One of the pressing questions for the Rangers ahead of the trade deadline is how they’ll look to compliment their current roster to make a run at a Stanley Cup.

Kravtsov’s situation is the one that points to a potential trade candidate most among their top ten on Wheeler’s list, but the organization’s depth on the blue line could make a few others available in the right deal.

Also keep in mind that the KHL has ceased their season, which means Kravtsov could be in play sooner than later.

So why did the Rangers fall 16 spots from last year? As Wheeler points out, seven players have graduated from his previous rankings. Alexis Lafreniere, Nils Lundkvist and K’Andre Miller were the top three players in his rankings last year. All three have been NHL contributors this season.

“The good news is they have depth in quality and quantity otherwise, with a handful of legitimate prospects and a group of B-grade guys who extend into the double digits, making them the deepest pool to appear in this year’s project to this point. They also don’t have any glaring needs in their pool, with a little bit of everything at every position (short of those true elite guys, obviously).”