It will be tough for the AFC Conference Championship Game to match the drama the Bengals and Chiefs gave us last weekend, but we should still be in line for some more memorable football Sunday with a trip to the Super Bowl on the line. The AFC Championship Game will kickoff first on Sunday afternoon, as the Kansas City Chiefs host the Cincinnati Bengals. With a number of explosive playmakers on the field, player prop betting figures to be heavy for this first of two championship matchups.

Let’s take a deep dive into the best Bengals vs. Chiefs player props picks for the AFC Conference Championship Game.

After what Ja’Marr Chase did to the Chiefs in a Week 17 over Kansas City, it stands to reason that he is going to receive extra attention  on Sunday. Chase caught 11 of 12 passes thrown his way for 266 yards and three touchdowns in that first meeting, the league’s highest single-game receiving yardage output this season and the 16th most ever in an NFL game. If Chase sees help against a Kansas City defense that prefers to rely on man coverage more than most teams, it should open up single coverage opportunities for the team’s second and third receivers, Tee Higgins and Tyler Boyd.

We elected to go with Boyd over Higgins here after Higgins dropped three balls last week. Against a team that can seemingly score with ease, every catch matters and Joe Burrow may prefer to trust Boyd over Higgins, as Boyd’s catch rate on the season (71.6 percent) was nearly five percent higher than Higgins’ (66.7 percent).

Boyd averaged over four catches and nearly six targets per game during the regular season, finishing with the second most yards after catch among Bengals receivers. His 389 such yards were nearly 100 more than Higgins’ 290 yards despite the latter tallying seven more catches. This implies that Boyd is a guy the team likes to see with the ball in his hands around the line of scrimmage, a far higher percentage play as far as catch rate goes, and incredibly useful for a prop bet like this one.

Boyd could see several quick passes as Kansas City already likes to blitz and will want to pressure Burrow the way Tennessee did last week en route to nine sacks of the second-year quarterback.

While Boyd only saw three balls thrown his way against Tennessee, that game was of a different ilk than this one promises to be. Prior to that outing, Boyd saw five or more targets in six straight games, catching at least four balls in five of those outings. In fact, he had at least four receptions in 11 of his last 15 regular seasons and did so again in the AFC Wild Card game against the Raiders. When he faced the Chiefs in his final regular season game, he hauled in four of six targets, with one going for a touchdown.

Kansas City should prove fairly compliant, too. The Chiefs allowed the 11th most receptions by opposing wide receivers per game this season (12.84), as part of the sixth most completions conceded per game (24.1).

When at home, Kansas City allowed the fifth most completions per game (24.6) on the sixth most attempts (37.4). Opponents threw the ball 61.1 percent of the time against the Chiefs, seventh most in football, a rate that jumped to fifth highest when at Arrowhead (63.5 percent).

Travis Kelce ended the Chiefs’ miraculous victory with an eight yard touchdown catch in overtime, capping off an eight-catch, nine-target, 96-yard evening for the star tight end. He should be poised for another big game here against Cincinnati’s pass defense which allows the seventh most passing yards per game (248.4).

This will be Kansas City’s third playoff game in as many weeks. Last season, in the team’s third postseason outing, the Super Bowl in that case, Kelce caught 10 of 15 balls thrown his way for 133 yards. He also shined in last season’s AFC Championship Game on this same field, hauling in 13 of 15 targets for 118 receiving yards.

Did @tkelce orchestrate the 13-second drive? 👀

Kelce should have the opportunity for another monster performance, as the Bengals allowed the fifth most yards per game to opposing tight ends this season (61.0) via the seventh most targets and sixth most receptions. In fact, opposing tight ends averaged 11.3 yards per catch against Cincinnati, the ninth highest mark in the league and a welcome sight for Kelce, who averaged the seventh most yards per reception amongst tight ends this season.

Kelce topped this prop’s requirement in half of his games this season, but has now also done so in five straight playoff games, reaching 96 receiving yards or more in each of those contests. All of the tight ends who topped this prop’s number against Cincinnati this season were big-name stars, like Kelce. T.J Hockenson, George Kittle, Mark Andews, and Darren Waller (twice) all accomplished the feat.

Waller’s second such tally coming in the Wild Card game two weeks ago. All five of those games were in the team’s most recent 14 contests, with three happening in the Bengals’ last seven outings.

While we expect Chase to see a ton of help in a man-heavy Kansas City defensive scheme, he is the type of player who is going to get his no matter how you attack him. One touchdown seems among the most reasonable minimums that we should expect of the standout rookie in this all-important contest.

Chase finished the regular season with 13 receiving touchdowns, behind only Cooper Kupp and Mike Evans for the league lead. He spread those 13 scores out across nine different games, meaning he scored in more than half of his team’s regular season outings. Six of those touchdowns came on the road, shared amongst five of the team’s eight road games.

The LSU product has yet to score in this postseason, despite catching 14 balls and topping 100 yards in each playoff game. However, the Chase did not go more than two games without scoring a touchdown. In fact, he had just two other sets of back-to-back games this season in which he failed to reach pay dirt and he followed one up with a two touchdown performance against San Francisco.

The other follow-up effort was the three score game against Kansas City. This fact makes Chase’s multiple score prop tempting here, as well, given that it can be found at around +600 odds.

Last week, Tyrann Mathieu left the game with a concussion and Gabriel Davis proceeded to light the Kansas City secondary up for four touchdowns. Davis was Buffalo’s best deep threat. HE averaged 17.9 yards per catch, third best in the NFL and had 17 catches of 20 yards or longer. Both were tops on the team. You have to imagine that Chase, one of just two guys with a better yards per catch average than Davis (18.0) and also one who has 25 catches of at least 20 yards this year, will be able to get behind the Chiefs’ secondary at some point for a long score.

Finally, six of the seven offensive touchdowns scored against Kansas City this postseason have been via passes to wide receivers. The Chiefs gave up the third most touchdowns per game to wideouts this year (1.32) and allowed the eighth most passing touchdowns per game this season (1.7). Moreover, 63.5 percent of the touchdowns the Chiefs allowed came via the pass, the league’s ninth highest mark and one that jumped to 70.4 percent at home, the NFL’s sixth highest rate. 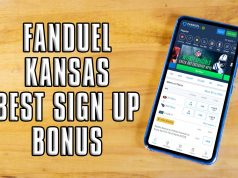 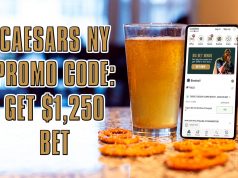 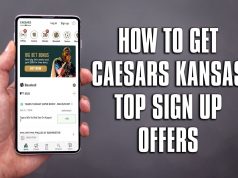 How to Get the Caesars Kansas App, Top Sign Up Offers 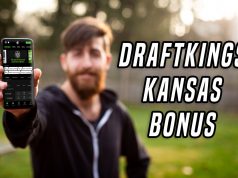 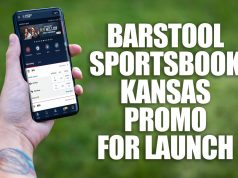 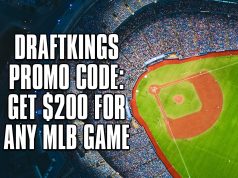 DraftKings Promo Code: Get $200 for Any MLB Game Ahead of Labor Day Weekend 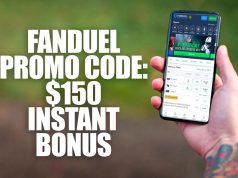 FanDuel Promo Code: Use $150 Instant Bonus to Close Out Month 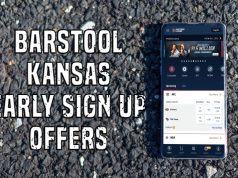 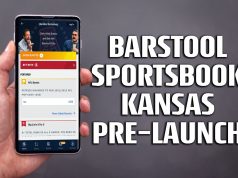 Barstool Sportsbook Kansas Pre-Launch: What to Know, How to Sign Up