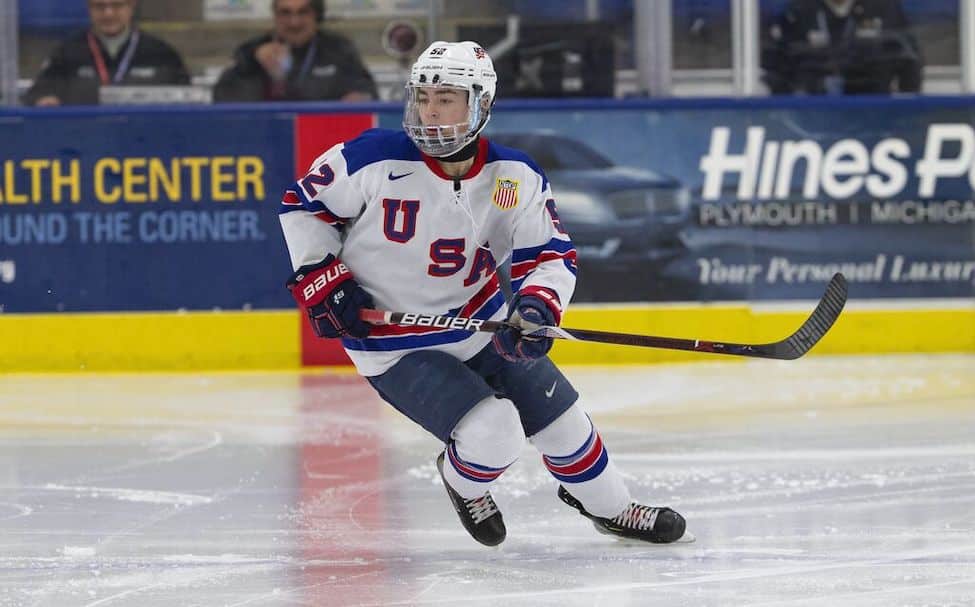 The United States plays Finland in a warm-up game for the 2022 World Junior Championship on Thursday afternoon.

New York Rangers prospect Brett Berard started the game skating on the top line for the US.

But the game was almost a disaster for Berard, who was the Rangers’ fifth-round pick in the 2020 NHL Draft.

#NYR prospect Brett Berard to the locker room after this knee-on-knee from Ruben Rafkin. 5 + the game for Rafkin. pic.twitter.com/AeXHnuyJ3A

Thankfully, Berard returned to the ice for the start of the second period.