The NFL tripped over a great one for its Monday Night Football offering to wrap up Week 13. The New England Patriots and Buffalo Bills meet for the first time this season with New England holding a half game lead atop the AFC East. The Bills finally got over the hump last season, taking the division title from New England after so many years, but now Bill Belichick and rookie quarterback Mac Jones are threatening to steal it right back. This mouth-watering contest promises a bevy of interesting individual matchups on the field.

Let’s take a look at the best Patriots vs. Bills player props picks for this Monday Night Football Week 13 matchup.

On the surface, this is a difficult prop selection given New England’s top-ranked scoring defense which allows just 15.8 points per game. But division games often take a different path, often counterintuitive to the landscape of two teams’ styles. The Patriots have not given up much of anything touchdown-wise of late. Just three touchdowns have been scored against the unit in its last four games, in fact. However, they have shown a vulnerability against the pass in at times this season.

Be sure to grab 30-1 odds with the Patriots-Bills promo from FanDuel Sportsbook.

Keep in mind that New England has only allowed three rushing touchdowns by backs and two more by quarterbacks all season long. In fact, 14 of the 20 offensive touchdowns they have allowed through 12 games have been through the air (70 percent). New England actually has seen 83.3 percent of the touchdowns allowed on the road come via the pass, the second highest rate in football.

New England has allowed multiple touchdown passes in four games this season, which is not alluring on its own, but it is statistically significant when compared to the fact that the Patriots have not given up multiple rushing scores in a single game yet this season.

.@JoshAllenQB is trying to join an elite club…
"Quarterbacks who have beaten a Bill Belichick team 3 straight games." @KyleBrandt puts it into perspective, actually how good @JoshAllenQB has been vs the #Patriots pic.twitter.com/tE3jqsiYyF

If any team has the ability to push multiple scores across against this tough New England defense, you have to believe Buffalo ranks up there on the list. The Bills average the fifth most yards per game and second most points per game. They have scored multiple touchdowns in nine of their 11 games, tallying at least three scores in eight of those outings, and even piling up five trips to the end zone four times already.

Within that impressive scoring output, Josh Allen has thrown for a touchdown in all but one game this season, tossing multiple touchdowns nine times in 11 contests. His 25 touchdown passes thus far is tied for third most in the league, and he has tossed scores to eight different players already. Allen threw multiple touchdown passes in 13 regular season games and two playoff games last year, including a joint-season high four scoring tosses against New England.

Expect more of the same here in a game that means everything to both teams. The Bills know they will only ever go as far as Allen can take them and there is no better spot for him to prove his worth once again than in this primetime clash.

Buffalo has an equally-frightening defense. The Bills allow the fewest yards per game and are second only the Patriots in points per game against. However, if there is a weak point in that armor, it’s against opposing rushers. Buffalo is sixth against the run in terms of yards allowed per game, which is still excellent, but pales in comparison to their No. 2 pass defense. Furthermore, 13 of the 19 offensive touchdowns scored against the Bills this season have come via quarterback runs or by running backs.

We can likely rule out the quarterback rush for a touchdown as Mac Jones has not scored a rushing touchdown all season and averages just 2.3 rushing attempts per game for just 2.6 yards a scamper. So, if the scores are most likely to come from running backs for New England in this one, it’s only left to decide which running back to choose.

The four different running backs that have scored against Buffalo this season were all far and away their team’s leading rushers. Jonathan Taylor, Derrick Henry, Antonio Gibson, and Michael Carter all lead their respective teams in rushing yards by at least 240 yards and rushing touchdowns by at least three.

In a New England backfield that has felt very much like a running back by committee for several years now, Damien Harris actually stands out statistically for the Patriots this season more than it may seem. Harris leads the team in rushing yards with 643, nearly 300 more than the Patriots next best rusher. He also boasts eight rushing touchdowns, which is five more than any other New England rusher. Those eight scores in the run game are actually more than all other New England ground scores combined. Eight rushing touchdowns also ties Harris for fourth best among active rushers in this season. And though he has yet to score one yet, Harris chips in over a catch a game as well and faces a Buffalo defense that has conceded two receiving touchdowns to opposing backs so far.

The loss of Tre-Davious White in the Buffalo secondary has to be giving Sean McDermott heart palpitations, while simultaneously having Bill Belichick teeming with excitement. Taking one of the league’s best corners out of the equation for rookie Mac Jones opens up all kinds of options for offensive coordinator Josh McDaniels in the pass game here.

The Patriots do not have any standout stars on their offense and that is especially true in the receiver room. However, that just means that Buffalo has tougher choices to make when prioritizing where to focus its help on defense. Currently, Kendrick Bourne has to be respected due to his recent play and the fact that he leads the team in receiving yards and yards per catch, the 21st best average in the NFL at 14.8 yards per catch. Hunter Henry has to be respected due to his team leading seven touchdown catches, still seventh most in the league and first among tight ends.

So, sliding under the radar a bit may be Jakobi Meyers, who actually leads the team in receptions, averaging nearly five catches a game. Meyers has also been targeted 90 times already, tied for 16th most in the NFL and 36 times more than any other Patriot. Meyers is the guy Jones relies upon when he needs to move the chains, completing 31 first downs to Meyers, 10 more than any other New England player. And, despite averaging just 10.5 yards per catch, Meyers also leads the team in catches for over 20 yards with nine.

Meyers averages 51.7 receiving yards per game, plenty to eclipse this prop’s requirement. The N.C. State product has topped this prop total in eight of the team’s 12 games in 2021 and reached at least 36 yards in all but one. He also topped this total in nine of his final 11 games in 2020.

Despite its impressive passing yardage defense, Buffalo has allowed 17 players to total at least 42 receiving yards in a game, with 12 of them being wide receivers. That’s better than one receiver per game against them even with the services of White for most of that time. Meyers is the best route running receiver the Patriots have and is the one most likely to take advantage of a Buffalo secondary which will surely be adjusting on the fly to White’s absence to some degree. 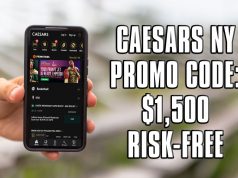 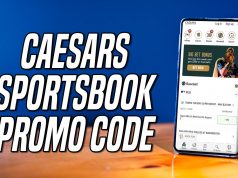