While the Baltimore Ravens escaped Sunday Night Football with a hard-earned victory over the Cleveland Browns last week, the Pittsburgh Steelers lost for a third straight time, slipping to 5-5-1. These two AFC North rivals will meet twice in the final six weeks of the NFL regular season, with immense implications for both teams regarding a postseason push.

Let’s take a look at the best Ravens vs. Steelers player props picks for this NFL Week 13 matchup.

While Najee Harris has been a revelation for the Pittsburgh Steelers in his rookie season, sitting fourth in the league in rushing attempts, this is not a great matchup for him and he should struggle for yards on the ground.

Baltimore is second in the league in rushing yards allowed per game (84.2) and faces a Pittsburgh offense that produces the fifth least ground yards per game (133.1). The Ravens’ opponents attempt just 20.7 rushes per game against them, the second lowest number in football, and one that has dipped to just 19.7 attempts in their last three outings. Along the same vein, Baltimore’s foes call the second lowest percentage of rush plays against them of any team (34.8 percent). That number has dropped to 33.5 percent over the team’s last three contests and the Ravens’ opposition runs it just 33.7 percent of the time in Baltimore road games, the lowest rate in the league.

Limiting Harris further is the fact that Baltimore’s opponents’ rushing yards are the lowest percentage of their total yardage allowed by any defense in the league (23.4 percent). Even that league best rate has dropped to 19.9 percent over the Ravens’ last three games, despite the team playing the second and third highest rated offenses in this statistical category during those three contests.

Tyus Bowser is VERSATILE. Not many OLBs can play great run defense one play, then drop back in blanket coverage against WR Landry or TE Njoku, then sack a QB.

Bowser is also a CLOSER. He closed out the last 2 Ravens games in versatile fashion (one sack, the other in coverage). pic.twitter.com/XsSZTKekR8

The Ravens have stifled nearly every back they have faced this season, with only Dalvin Cook reaching 60 rushing yards against them when he put up 110 yards in Week 9. However, that game went to overtime and 66 of Cook’s yards came on one run, meaning he only gained 44 ground yards the rest of the game. Further, Baltimore has faced running backs currently ranked first, third, fourth, and fifth in the league in rushing yards, all superior to Harris’ eighth highest rushing yard total.

Harris has not been used much lately, either. After five straight games with at least 22 carries, he only had 20 in the last two outings combined, tallying 39 and 23 yards. And, for as great a rookie season as Harris is having, he only topped 62 rushing yards four times all year, two of those efforts coming in games that went to overtime. Harris has seemed to be used more as a receiving threat as the season has moved along and that is more of the role we envision Pittsburgh carving out for him here, using his receiving abilities as a sort of pseudo-run game against this defense so stout against the traditional rush.

Harris would need 17 rushes at his 3.6 yards per carry average in order to top this prop total. But, he is facing the toughest rush defense yet and has failed to even get to 17 carries in more than half of his team’s games thus far.

Lamar Jackson was clearly a bit rusty in last week’s tight win over Cleveland and vowed to tighten things up in the passing game this time around after throwing four interceptions against the Browns. However, two of his options at wideout, Devin Duvernay and Miles Boykin, carried a questionable tag into Friday, meaning Jackson may have to focus his passing attention more on his most usual suspects to get the job done here.

Marquise Brown certainly fits that heading, given that he leads the team in targets and receiving yards and is tied for the team lead in receptions, despite missing one of Baltimore’s games this season. Brown also leads the Ravens in touchdowns, with six receiving scores. In fact, the Ravens have only thrown two touchdown passes to wideouts this season that did not go to Brown, with those two going to the questionable Duvernay.

Lamar Jackson bombs one and Marquise Brown lays out for an outstanding touchdown catch. What a play. pic.twitter.com/dDcskJzVs1 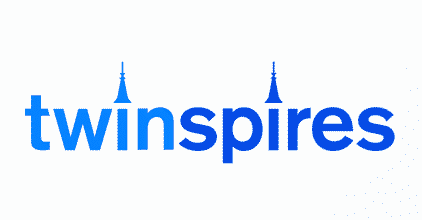 Brown scored both times his team played Pittsburgh last season, despite catching just five balls total. He also scored in one of the two head-to-head meetings with the Steelers during his 2019 rookie campaign. Imagine the damage he could inflict here in a game where he is likely to catch at least six balls, his current season average.

Of final note, 12 of the 16 passing touchdowns Pittsburgh has conceded in 2021 have been scored by wide receivers. Half of those went for over 20 yards. Brown leads his team with 14 catches of 20 yards or longer. Four of his six touchdowns were 39 yard catches or longer, the only four receiving touchdowns the Ravens have scored of 20 yards or more this year.

When the Steelers drafted Pat Freiermuth in the second round of the 2021 draft, the goal was to eventually give Ben Roethlisberger or his eventual replacement that target tight end that was always so integral to this Pittsburgh offense for years. Well, Freiermuth has blossomed quickly and now stands alone as a tight end threat for this team.

Eric Ebron just landed on IR, leaving Freiermuth to continue climbing the Steelers’ statistical receiving columns without much meaningful competition. He is already third in receptions, fourth in targets, and fourth in receiving yards, and his six touchdown total is two more than any other Pittsburgh receiver.

To enumerate just how dramatically Freiermuth has risen to prominence in this offense, you should note that he only topped three catches in a game once in the team’s first five outings, scoring just one time in that stretch. However, over the last six games, he has caught at least four balls in every game, scoring five times in his last five appearances.

And Freiermuth is playing a perfect defense against which he can add to those touchdown totals. Besides being the league’s worst pass defense, allowing over 275 yards per game through the air, Baltimore has allowed seven touchdowns to tight ends this season. No running back has scored against the Ravens in four straight outings, so expect to see Freiermuth get some looks inside the red zone.