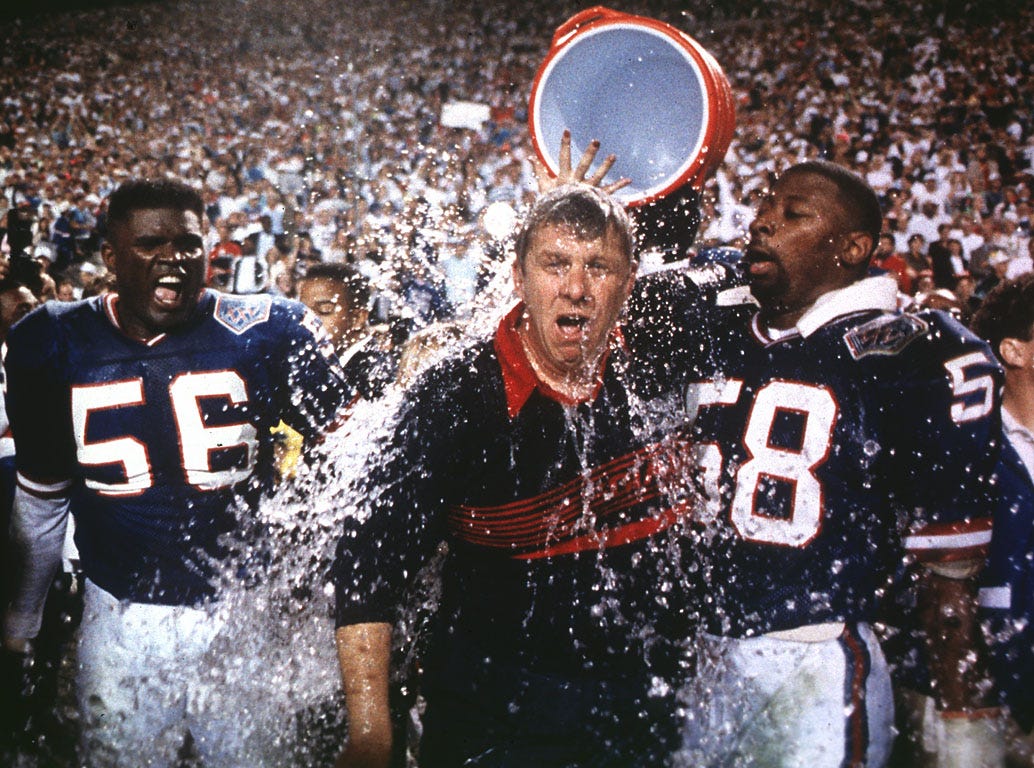 Another reason why Coach Parcells is a legend.

Players have raved about playing for legendary coach Bill Parcells for years. A recent interview provided another story about why players — to this day — love the man.

License Plate Guy asked if the players had to purchase their Lombardi Trophies. As Baker recalls, the trophy was shipped to him months after the game and there was no cost to him.

In a discussion with then-placekicker Lawrence Tynes, Baker learned that players are supposed to purchase the seven-pound silver trophy — at a cost of around $10,000.

After further discussion with Tynes and other players, Baker learned that back in 1991 Coach Bill Parcells actually purchased and shipped the trophies to his team without anybody knowing.

“It was just in a big crate wrapped really nicely,” Baker remembered. “I thought it was part of the deal.”

It is unknown the number of trophies that Parcells purchased and sent to players and what the cost was at the time, but this story just embodies a coach that cared about players and understood how rare and special being a Super Bowl champion is to those who earn the distinction.