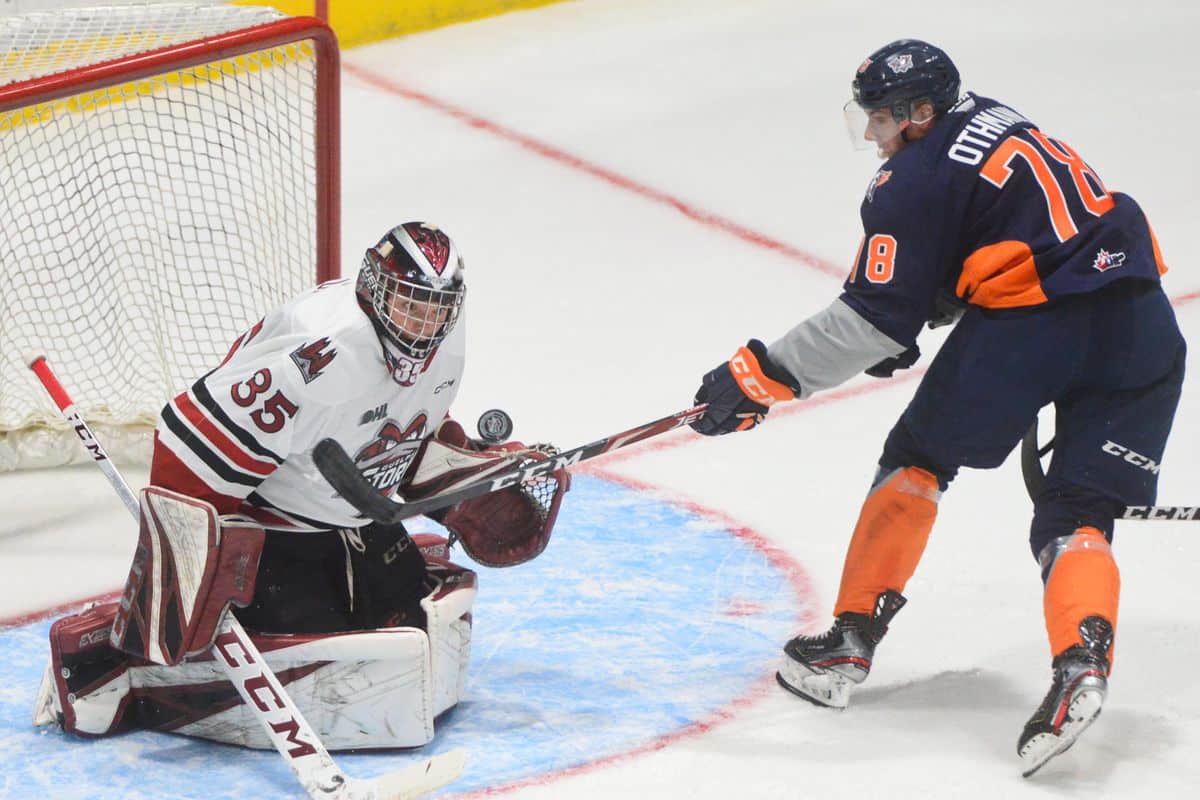 The 2021 NHL Draft is coming up and the Rangers will be on the clock at No. 15 overall. Who will they select?

It’s hard to believe, but the 2021 NHL Draft is already less than two weeks away.

For the first time in several years, the New York Rangers are in a good position heading into the 2022 season and won’t need to rely on this year’s top draft pick to make a huge impact.

There’s a chance they won’t end up even making a selection in the first round since they’re eyeing big-name players like Jack Eichel in potential trades.

If they do end up picking at 15, however, who do the experts think the Rangers will select?

Comments: “The Rangers are overstocked on defense, and heavy on skill-laden forwards they’ve accumulated over the last four years. So, a forward who plays a hard game — like last year’s second-rounder Will Cuylle — would be ideal. However, I think there’s a better than good chance the Rangers will be trading the pick before the draft in a package to fill a need.”

Comments: “The New York Rangers could seek some long-term depth at center, especially in the second-line position if Ryan Strome departs via free agency. Mason McTavish of the Ontario Hockey League’s Peterborough Petes could be a good option. The 6’1″, 207-pounder played well on loan with EHC Olten in the Swiss League with 11 points in 13 games. He’s considered a strong-skating two-way center.”

Comments: “Does Chris Drury at the helm affect whether or not the Rangers go back to the Russian well? If so, Svechkov has size, plays hard and is supremely responsible at both ends of the rink.”

Comments: “Othman (6-0, 175) is a strong forechecker because of his speed and willingness to play physical and has a quick release on a strong shot. The Rangers have several talented young forwards, including Alexis Lafreniere, Kaapo Kakko and Vitali Kravtsov. Othmann would bring a different element that could give them more open ice to work with.”

Comments: “A two-way difference-maker with very good puck skills and the ability to make himself available in dangerous scoring areas. He scored 16 points (seven goals, nine assists) in 34 games on loan with EHC Olten in the Swiss League and six points (three goals, three assists) in seven games to help Canada win the U-18 World Championship. He scored one goal and had seven shots on goal in a 5-3 win against Russia in the championship game.”