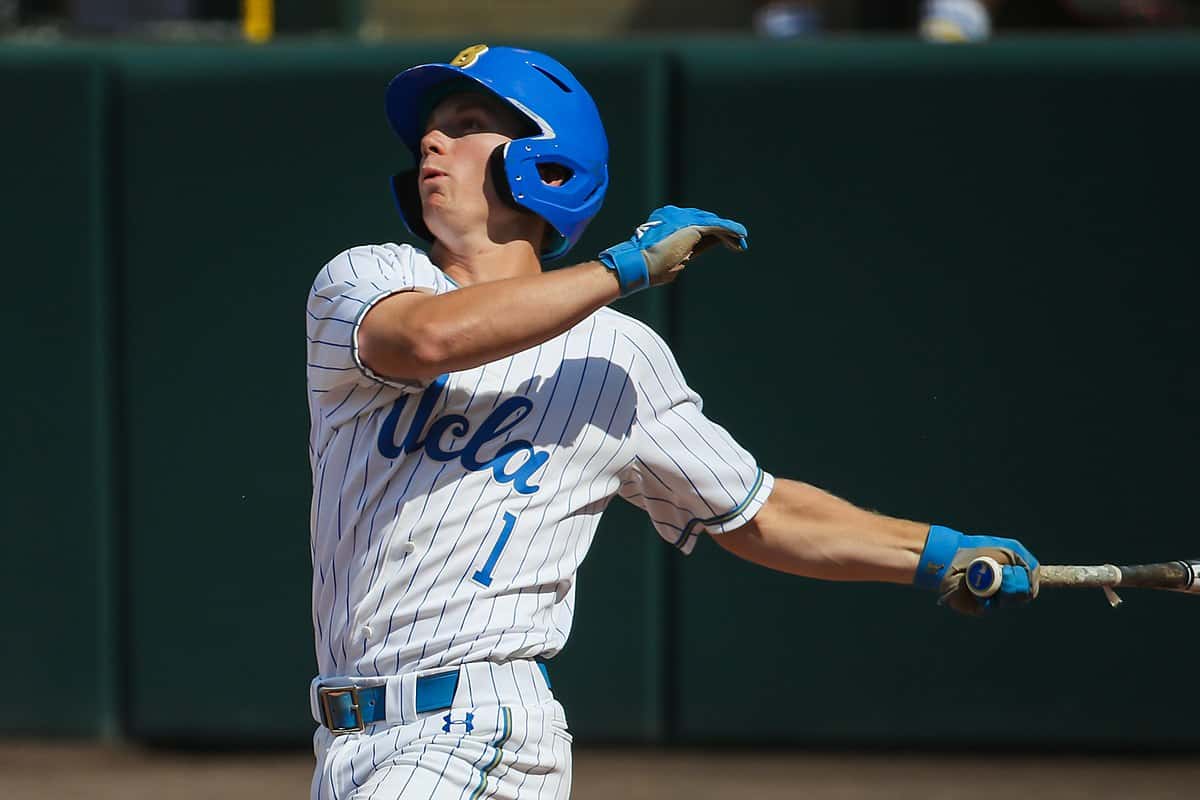 The 2021 MLB Draft is coming soon and the Mets will be on the clock in the top ten. Who will they select?

We’re less than three weeks from the 2021 MLB Draft (July 11) and teams have been keeping an eye on the College World Series as some of the top names have been playing exceptionally well.

In the upcoming draft, the New York Mets own the tenth overall selection. This pick won’t make an immediate impact at Citi Field, but the Mets have to be thinking about the short-term and long-term future of the franchise when they call a name.

Who do the experts think the Mets will select when they’re on the clock? We looked at a few early mock drafts back at the end of May.

Now, let’s take a look at some updated mock draft scenarios. There are two names prominently linked to the Mets at No. 10 overall.

Comments: “The Mets are also casting a wide net since it’s unclear who is really the best prospect at this juncture and teams are doing deep dives later than usual due to the lack of information. In this scenario, the Mets get their pick of the three college bats in this range (passing on center fielders Sal Frelick and Colton Cowser). They’re considering Texas RHP Ty Madden, and the hot rumor is they have been piling in recently to see rising Indiana prep SS Colson Montgomery, who could be an underslot option here.”

Comments: “McLain declined to sign with the D-Backs as the No. 25 pick out of high school in 2018, and he’s had an up-and-down career at UCLA, one that included a broken thumb earlier this spring. He is the best college infielder in the draft class by a pretty significant margin though, and those guys usually don’t last long on draft day. The Mets have mostly been connected to college hitters the last few weeks, and could pivot toward Cowser or Frelick should they make it this far.”

Comments: “Before he broke his hand McLain had the best stretch of performances on both sides of the ball that he’d had since matriculating at UCLA, pushing himself into the top half of the round, perhaps even a little higher than this. The Mets seem to be linked more to college players here, like McLain and Boston College’s Sal Frelick, and would go high school with later picks.”

Comments: “It sounds like New York really likes Colson Montgomery, but if it wants him it might have to take him here given the amount of heat he has late in the first round. Frelick makes more sense for this pick on talent, but it’s worth pointing out that New York has been an aggressive ‘underslot early and overpay later’ team in recent years. Don’t be surprised if the Mets get creative.

It’s not a perfect comparison, but a Montgomery play has some similarities to the team’s Brett Baty pick in 2019. He was older for the class (Montgomery will be 19.4 on draft day) and a lefthanded-hitting, powerful prep infielder who the Mets took at No. 12 and gave an underslot bonus. They then got prep righthanders Josh Wolf and Matt Allan for overslot bonuses in the second and third rounds. Still, there’s a bit of a gap between where Baty was viewed on talent in that draft vs. Montgomery now and it might be too rich for No. 10.”

Comments: “If the Mets decide to go arm, it could be hard-throwing Sam Bachman. But I think they’re leaning bat and Frelick is one of those college hitters most feel is certain to hit at the next level.”

Comments: “While the Mets have been attached to a ton of college pitching, the prospect of seeing House fall into the laps is probably unexpected. Depending on who you talk to, House could land in the top five or the backend of the first round. Few preps have ever been as famous so many years out from his draft eligible year, but even fewer have been so divisive. The Mets have done well in recent years scooping up divisive prep talents (Brett Baty, Matthew Allan, PCA) and they take the upside with House pairing him with a young exciting core of players on the farm. House is one of the better athletes in the draft, with a physical build that exhibits unusual twitch and athleticism. He’s made some adjustments to his load in an effort to be shorter to the ball. The early reports from this spring were encouraging, adding another layer to the House debate. He struggled mightily in 2020 on the summer circuit and lost his early top five buzz.”