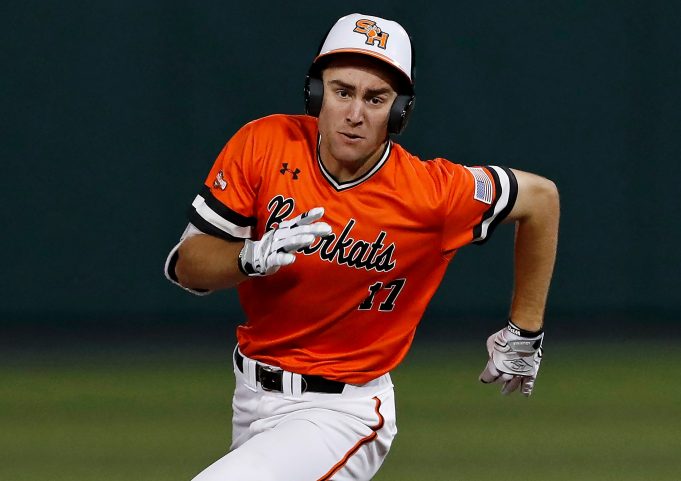 The Mets will look to bolster their organizational depth at the 2021 MLB Draft.

Injuries are the lead story for the Mets right now, unfortunately. But on July 11, the Mets will add another name to the future of the franchise.

The Mets own the tenth overall selection in the 2021 MLB Draft. This will (obviously) be the first draft on the resume of Zack Scott as the GM of the Mets.

It appears many of the experts think the Mets will go with a bat. Let’s take a look at some of the names linked to the Mets in recent mock drafts.

Comments: “Madden seems to be the consensus No. 3 college arm after the Vanderbilt duo, especially now that Mississippi righthander Gunnar Hoglund is done for the season after having Tommy John surgery. Madden’s range seems to be somewhere around the 8-15 spots, but most people have him included among the top 10-12 players in the class at this point.”

Comments: “After Davis, the college bat debate is one of Frelick vs. Cowser, with Frelick providing more speed and Cowser more power.”

Comments: “The Mets have gone the high school hitter route at the top of each of the last three drafts with Jarred Kelenic (2018), Brett Baty (2019) and Pete Crow-Armstrong (2020), and they are well-positioned to make it four years in a row. Watson is a quick-twitch athlete with some of the best bat speed in the class, good wheels and a strong arm. He’d fit well at a number of positions, so the Lindor contract won’t stand in the way of drafting him.”

Comments: “McLain broke his thumb last week and will miss at least a few weeks, but I ultimately don’t think it’ll affect his draft stock two months from now. McLain got off to a slow start this spring before heating up the last month or so.”