The 23-year-old receives this honor after a stellar 2021 season.

On Wednesday morning, New York Rangers RHD Adam Fox was nominated as a Norris Trophy finalist. He is accompanied by Victor Hedman of the Tampa Bay Lightning and Cale Makar of the Colorado Avalanche.

This doesn’t come to anyone’s surprise. Fox was elite throughout the entire season and emerged as one of the best defenseman in hockey. He was excellent at both ends of the ice at even-strength, on the power play, and on the penalty kill. 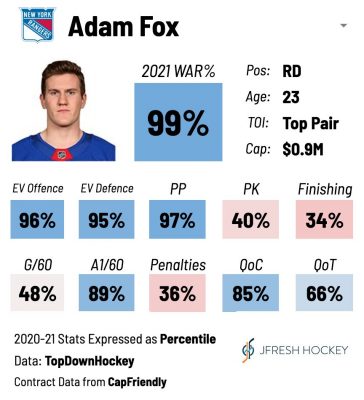 He and his linemate, Ryan Lindgren, became one of the best defensive pairings in hockey and will lead the Rangers’ blueline for some time.

Fox was second among all NHL defensemen in points with 47.

Fox’s ability to contribute offensively at a high-level as well as quarterback New York’s power play as well as he did while doing some of the best work he could’ve done in his own zone allow his case to win the award to be as strong as it is. 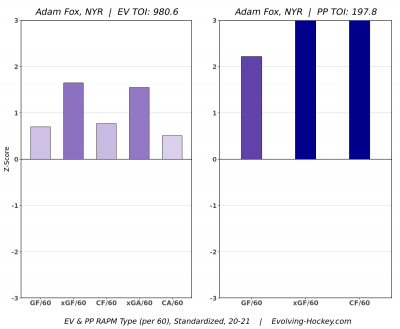 He’s in impressive company and it will be close, but no one should count the young star out.