Arguably the best defenseman in the NHL right now, Fox deserves a nomination and even the award.

New York Rangers defenseman Adam Fox has taken the league by storm. One of the best rookies in the NHL last season, Fox is now emerging as a potential household hockey name in his sophomore year. Those who didn’t know the young defenseman before know him now.

The top defenseman on the Rangers, Fox is half of one of the best defensive pairings in the NHL and is a reason this young Rangers team has taken a leap and will be ready to contend quite soon.

Initially a third-round pick (No. 66 overall) by the Calgary Flames in the 2016 NHL Draft, Fox played three strong years at Harvard before turning pro.

Fox was elite in his rookie season last year and many Rangers fans considered him to have been robbed of a Calder Trophy nomination (he finished fourth in the final voting). 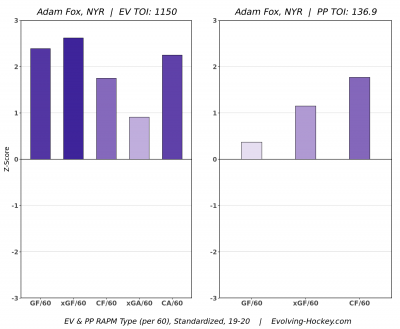 He hasn’t slowed down this season. Fox has been one of the best defenseman in the league, arguably the best as of late.

His excellent play on the man-advantage is a reason why he was the fourth-highest scoring defenseman in the league. 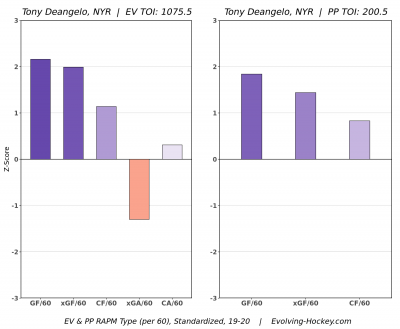 Once DeAngelo was dismissed from the team, Fox took over as the point man. There were concerns that he wouldn’t be up to the task, even though he did well on the man-advantage last season.

He’s been even better.

In 44 games this season, Fox has five goals and 41 points. Two of his goals and 19 of his assists have come on the power play.

Fox is unbelievable on the man-advantage, yes, but he’s almost as good on the penalty kill. The Rangers have a top-five penalty kill in hockey, and Fox is a significant reason why.

No matter the situation, Fox gets it done.

What makes Fox so special is his elite offensive ability as well as his defense. He’s second among defensemen in takeaways and 20th among all skaters. Fox is top-tier in everything. Literally, everything.

We mentioned that he makes up one half of one of the best defensive pairings in hockey. His linemate, Ryan Lindgren, was acquired by the Rangers in 2018 as part of the package they received from the Boston Bruins in exchange for Rick Nash.

Lindgren wasn’t expected to have much of a future with the Rangers, but has played very well and exceeded expectations. He’s even working himself into the conversation of staples on this team as they become contenders.

That’s saying something, especially on a team that’s stacked at the LHD position. Lindgren is a tough cookie who brings a lot to the table, but much of his success can be attributed to the fact that he plays alongside Fox. 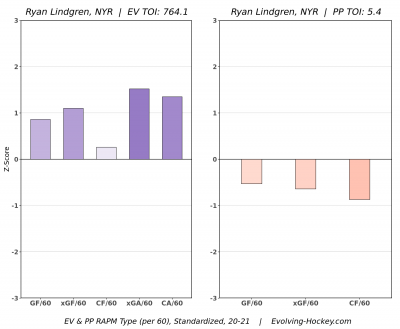 He’s been terrific in every regard because of the situation he’s in. Lindgren is a great player and is the Rangers’ best LHD and second-best defenseman.

Fox benefits from playing alongside him, as well, but it’s difficult to believe that Lindgren would be playing as well as he has been alongside a different player.

Two guys who are Norris Trophy favorites over Fox are Victor Hedman of the Tampa Bay Lightning and Drew Doughty of the Los Angeles Kings. Hedman has been elite for some time and Doughty is having a great season, but Fox has been better. 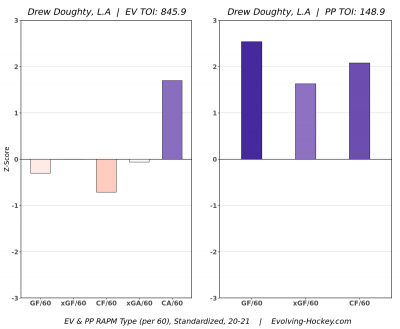 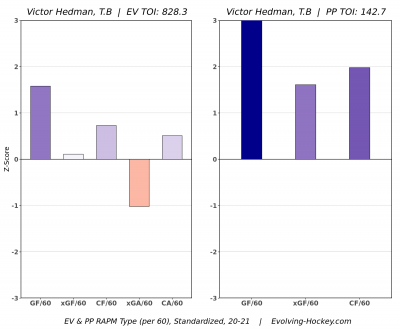 Why do they deserve it more than he?

Among defensemen, Fox is tied for second with Hedman in points, just one point behind the Washington Capitals’ John Carlson. He’s third in primary assists and second in secondary assists.

And he’s this impactful offensively while still being elite defensively and on special teams.

Fox has been incredible offensively and defensively, at even-strength and on special teams.

The best Rangers defenseman since the all-time great Brian Leetch, Fox is likely going to be the leader of New York’s blueline for years to come and has already become one of the faces of this up and coming team.

What he’s done this season can’t go unnoticed and if he doesn’t deserve the Norris, who does?