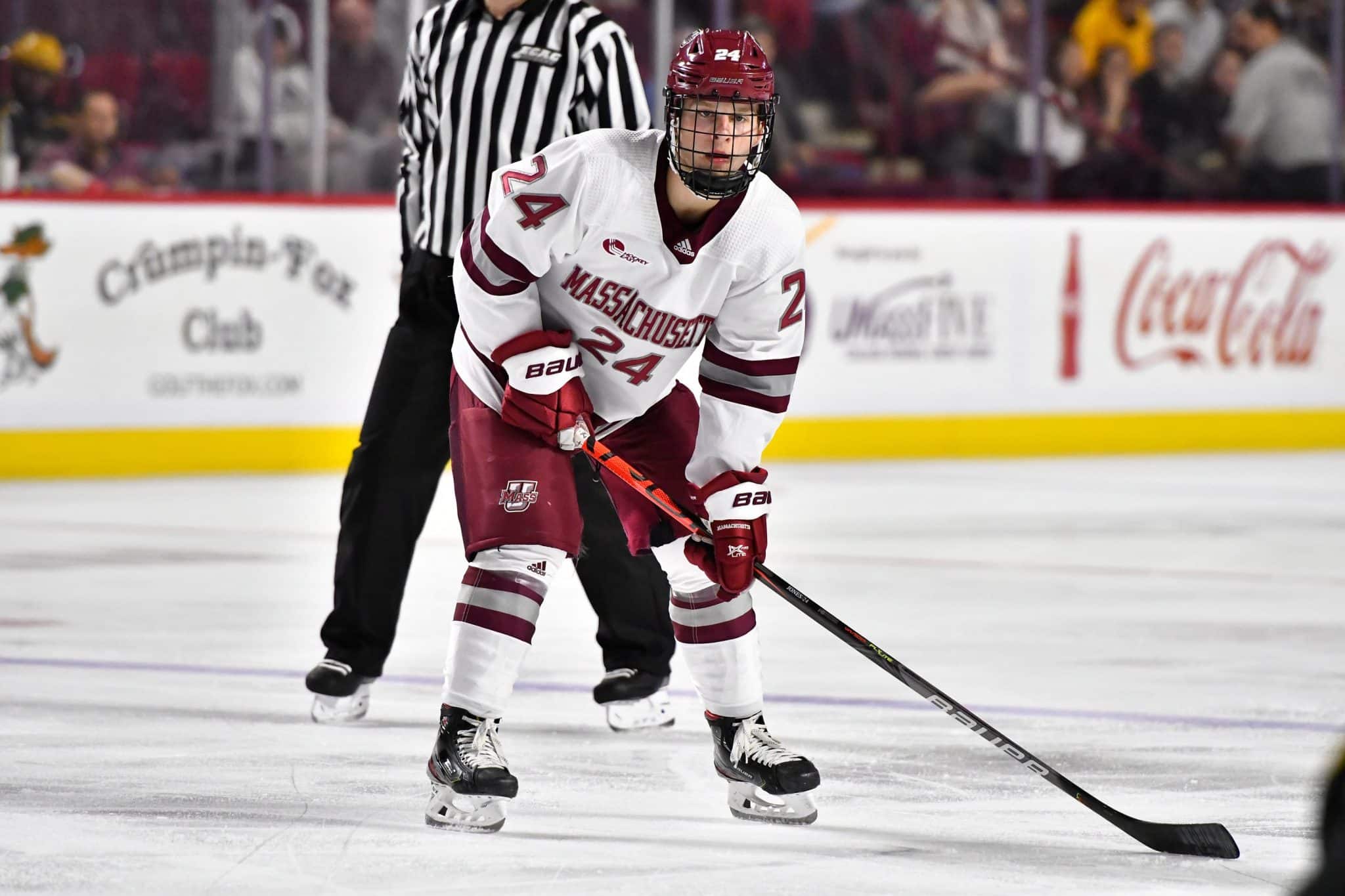 The New York Rangers announce the signing of one of their prospects.

On Tuesday morning the Rangers announced the signing of defenseman Zac Jones. Jones was selected by the Rangers in the third round (No. 68) of the 2019 NHL Draft.

Jones scored nine goals with 15 assists and was plus-17 in 29 games this season at UMass. He piled up individual accolades as well for his stellar performance as a sophomore. He was named to the NCAA (East) Second All-American Team this season, the Hockey East Second All-Star Team and the Frozen Four All-Tournament Team.