Rangers receive 2021 fourth-round pick in return for the left winger.

On Saturday evening, the New York Rangers traded left winger Brendan Lemieux to the Los Angeles Kings in exchange for a fourth-round pick in the 2021 NHL draft.

OFFICIAL: #NYR have acquired a fourth-round pick in the 2021 NHL Entry Draft from the LA Kings in exchange for forward Brendan Lemieux.

This marks the first move the Rangers have made with the trade deadline approaching.

Top prospect Vitaly Kravtsov has joined the team and will likely make his NHL debut quite soon. The Rangers clearly wanted to clear up some space on the roster in order to prepare for Kravtsov’s arrival.

Winger Phillip Di Giuseppe has come off the COVID-19 protocol list and forward Brett Howden is still on the list, but will need to come off eventually.

Coupled with the fact that the Rangers are also carrying three goaltenders, someone had to be moved. Lemieux was the perfect candidate.

Since the Rangers acquired Lemieux along with a 2019 first-round pick and conditional fourth-round pick from the Winnipeg Jets in exchange for Kevin Hayes in Feb. 2019, Lemieux has been praised for his grittiness and toughness, traits that the team was lacking.

Lemieux is never one to back down from a fight, but he wasn’t able to take the next step in his game during his time in New York and ended up becoming a liability at both ends of the ice. 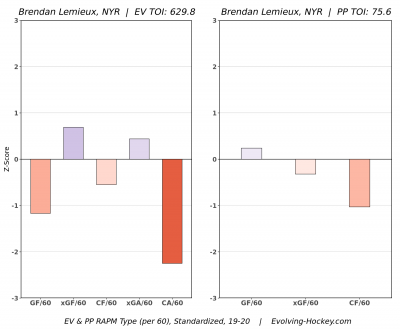 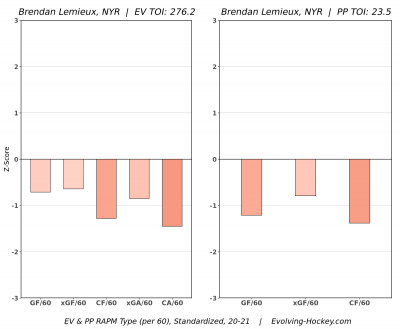 Lemieux’s biggest issue? Penalties. He leads the entire league in penalty minutes with 59. For a guy who doesn’t bring much else to the table, this isn’t good.

Lemieux doesn’t produce nearly enough to be able to get away with being sent to the box so often. The grittiness and toughness he’s been held in such high regard for are no longer unique.

The first name that comes to mind is Ryan Lindgren, who’s a tough cookie and one of the best players on this Rangers team. Other guys such as Pavel Buchnevich and Jacob Trouba also aren’t afraid of a fight.

Lemieux has become expendable and the fact that the Rangers were able to receive a fourth-round draft pick for him is fantastic.

This move also clears up some cap space for the Rangers: Lemieux has one year left on his contract, during which he’s expected to earn $1.55 million.

The fact of the matter is that Lemieux had become one of the team’s worst players and arguably their worst forward. He made a weak fourth line even weaker at both ends.

Fans will miss his grittiness on the ice, but this was a trade that had to be done. A good one, at that.