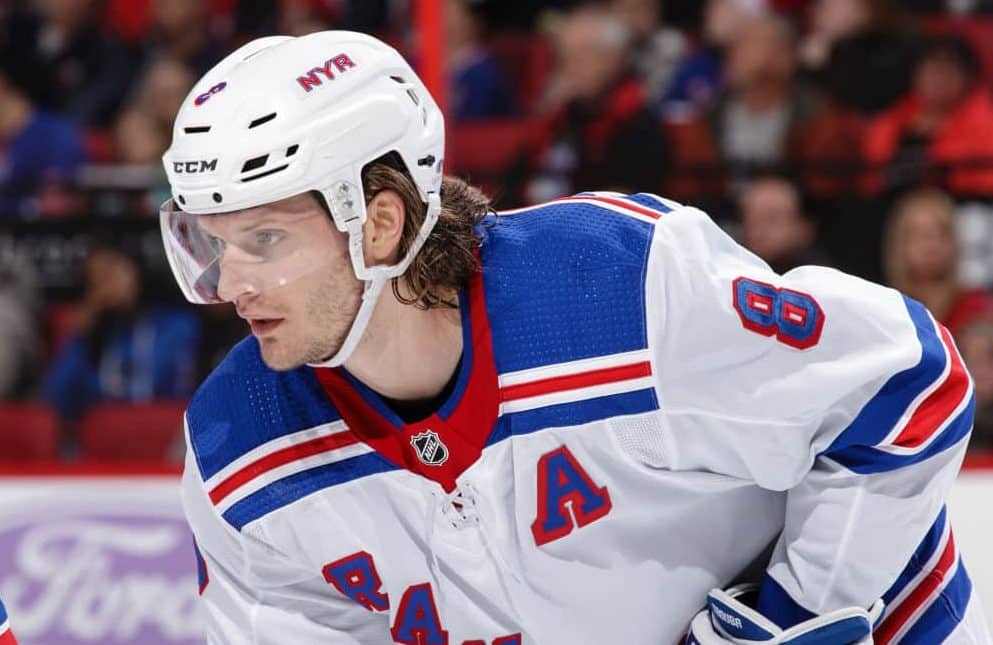 The Rangers have fallen victim to yet another significant injury.

The New York Rangers can’t catch a break. On Wednesday, it was revealed that defenseman Jacob Trouba had broken his thumb during Tuesday night’s game against the New Jersey Devils and would miss 4-6 weeks.

Trouba didn’t come out for the third period of Tuesday night’s game after it had been disclosed that he had suffered an upper-body injury.

UPDATE: D Jacob Trouba will be out 4-6 weeks (upper body).

This is another huge loss to a Rangers team that can’t seem to buy a win. They’re on a four-game losing streak and have been ravaged by injury.

Filip Chytil, who had been one of their best players, was also ruled out for 4-6 weeks. The good news is he’s due to return sooner rather than later.

Artemi Panarin and K’Andre Miller both suffered short-term injuries that forced them to miss a game or two. Both, however, should be available for Thursday’s game against the Philadelphia Flyers. Jack Johnson hasn’t played in weeks.

Injuries are the last thing the Rangers need right now, especially to a guy like Trouba who’s been so valuable on that blueline. It will be interesting to see if the Rangers roll with the defensemen they have now or decide to call someone up.