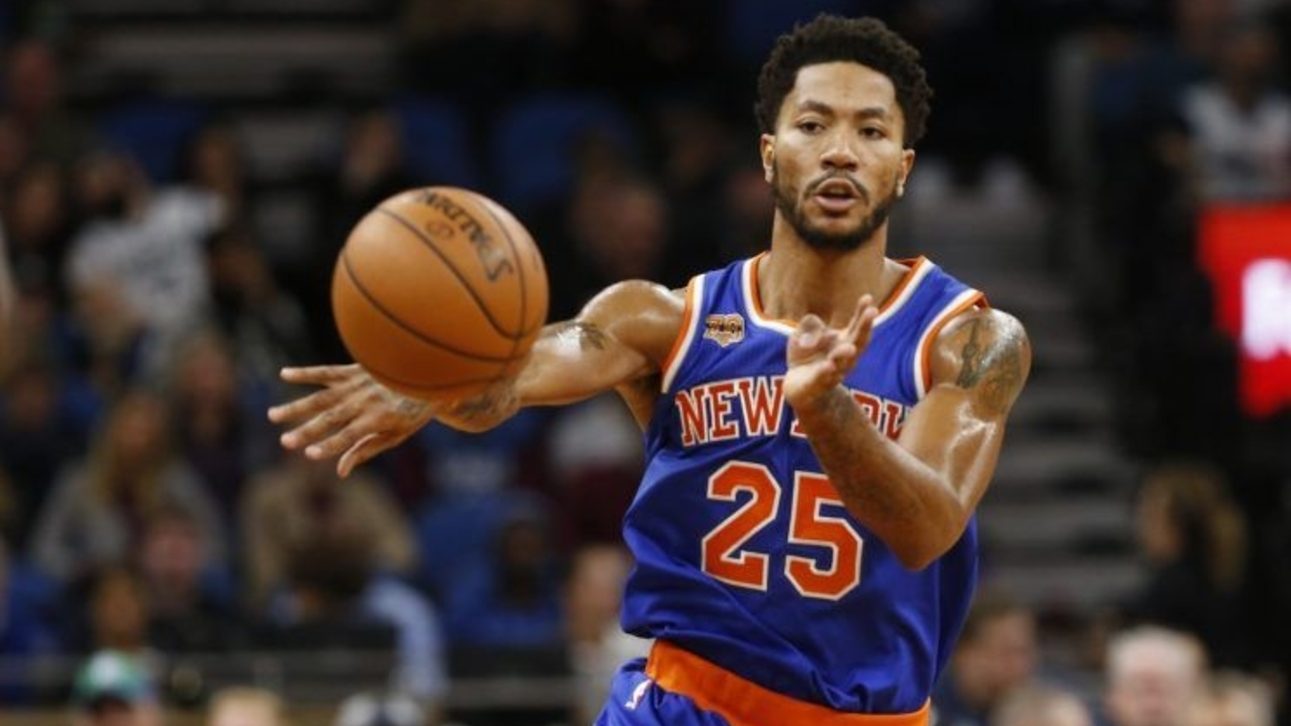 By trading for Derrick Rose, the New York Knicks and Tom Thibodeau are going all-in on a playoff push this year.

There is a clear vision coming from the New York Knicks this season — win. Tom Thibodeau is leading a playoff push in New York and the recent trade for Derrick Rose solidifies the notion that the Knicks are not packing it in with hopes of a high pick in the lottery.

The plan in New York is to go all out for a spot in the playoffs, or at the very least a shot to make the playoffs via the play-in tournament. This roster isn’t set up for a deep run into May or June, but simply playing in a seven-game series would be an invaluable experience for the young core.

There was one obvious question Knicks fans began asking after news of the Rose trade dropped: Why trade a young player and a draft pick for an aging point guard who might not be in New York for the long haul?

The answer isn’t all that simple. Yes, the Knicks gave up an asset and a player to get Rose, but the deal actually makes sense in theory. Dennis Smith Jr. was on his way to the G League bubble to get reps with the Westchester Knicks before the deal. The chances of Smith ever carving out a role with the Knicks were between slim and none.

As for the draft pick, the Knicks sent a mid-second rounder to the Detroit Pistons (via Charlotte) in the deal. They still have Detroit’s second-round pick (which is the first pick in the round as of Wednesday).

In short, the Knicks didn’t have to give up much for Rose. Of course, we all know the current version of Rose is a far cry from his MVP self from 2011, but that doesn’t mean he is a useless player. On the contrary, Rose has shown that he can be an effective floor general and scorer off the bench in his twilight years.

Thibs appears content to pair him with Immanuel Quickley on the second unit and it’s off to a solid start. Rose and Quickley provided a burst of energy for the Knicks on Tuesday night against the Miami Heat. Rose scored 14 points on 5-for-9 shooting.

Whether or not Quickley can supplant Elfrid Payton in the starting lineup remains to be seen, but it’s quite clear that Rose will be one of Thibodeau’s go-to guys off the bench for the rest of the season.

In normal years, it would be wishful thinking fr the Knicks to think they could jump into the playoff picture, but this season has been anything but normal. First of all, there is incredible parity in the NBA as a whole, but more specifically the Eastern Conference.

The Knicks currently occupy the ninth seed in the East, but they are just three games out of third place in the conference. It’s a stretch to assume that the Knicks will jump teams like the Raptors, Nets, Celtics, or Pacers in the standings, but we won’t rule anything out yet.

Still, let’s assume that the Knicks can’t crack the top eight in the East. All is not lost.

The NBA is moving forward with a play-in tournament this year which means that the ninth- and tenth-place teams in each conference have a shot to play their way into the playoffs. Here’s a quick breakdown of how the play-in tournament will work:

OK, let’s start to bring this full circle. Trading for Rose bolsters the second unit and gives the Knicks a better chance to make the playoffs (or the play-in tournament). The veteran might take away minutes from the young core during the regular season, but the Knicks are banking on the playoff experience outweighing the other factors.

Despite the playoff push, developing the young core is still high atop the list of priorities for the Knicks. Making the playoffs is one way to develop guys like Quickley, RJ Barrett, and Mitchell Robinson.

And one not-to-be-overlooked side effect of making the playoffs would be the signal it sends to the rest of the NBA. The Knicks are on the come up and making the playoffs is one step towards convincing a star to come to New York. In years past, the front office has put its faith in the allure of Madison Square Garden and New York City to attract stars. Putting out a competitive roster with young talent is a much better way to do it.