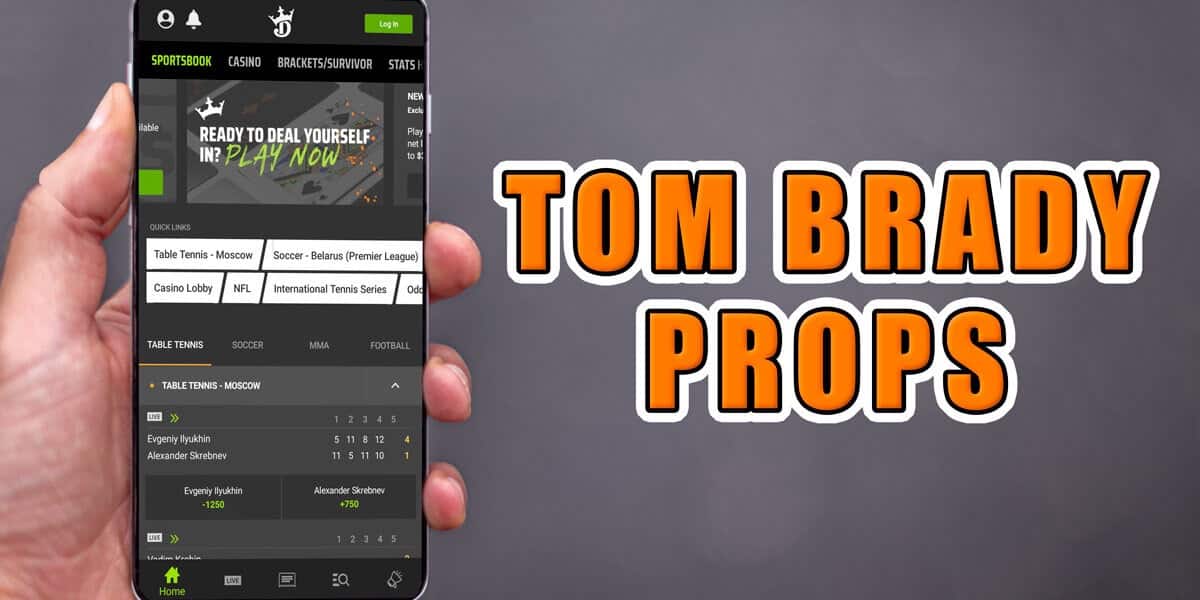 Super Bowl 55 is right around the corner and bettors will have an absurd number of ways to wager on the NFL’s championship game come Sunday night. There’s no doubt that betting the point spread will draw significant interest, but Super Bowl prop betting figures to also be huge.

With so much focus on the quarterback position ahead of Super Bowl 55, Tom Brady props figure to be one of the most heavily bet player markets. Below, let’s take a look at the best Tom Brady props as well as some picks.

This battled is being billed as a meeting of one legendary quarterback against one with the potential to emerge as legendary. Undoubtedly, the quarterbacks will be the main focus for many fans and prop bettors alike.

As far as Brady is concerned, he will seek his seventh Super Bowl victory with a variety of explosive pass catching options at his disposal, which should present some an opportunity for big plays and big numbers in a game which oddsmakers expect to see substantial scoring.

Before we get to some of the market’s best Tom Brady props, let’s first look at the biggest no-brainer prop of Super Bowl 55. Unibet is offering bettors the chance to wager $25 on the point spread or moneyline and win $75 if their team’s quarterback completes at least one pass. We don’t need a deep statistical dive to explain why that’s a lock.

Bet on various Tom Brady prop bets and double your money if either team scores a TD at DraftKings Sportsbook by clicking here.

The Chiefs secondary has been solid thus far in the postseason, allowing just 215 passing yards per game. On the other hand, Brady wasn’t fantastic in his three playoff games thus far — completing just 55% of his throws with a yards-per-game average that’s under the above mark.

Ultimately, while this game is billed as a potential shootout, questionable weather conditions paired with an opportunity for Tampa Bay to run the football with some effectiveness against a mediocre rush defense should keep Brady under the total.

There’s value on this bet, and if you watched the NFC Championship Game nearly two weeks ago, you know it’s possible for Brady to turn the ball over through the air — he threw a trio of interceptions against the Green Bay secondary.

On the year, Brady threw 12 interceptions during the regular season in addition to the three he tossed against the Packers. We expect Bruce Arians to challenge the Kansas City secondary down the field and it wouldn’t be surprising if Brady forces one off target. Keep in mind, Brady struggled throughout Super Bowl 53 — he didn’t throw a touchdown and was picked once. It’s not as if it’s impossible that a player as good as he is makes an early mistake.

At big plus money, this is worth a shot.

Anyone who’s watched Brady throughout the years, whether it was with the Patriots or Buccaneers, knows the system he thrives in is one that relies heavily on the short, high-percentage throws.

That, along with the fact that the Chiefs defense will prepare to defend the deep ball against an aggressive offense in potentially wet conditions, should prevent Brady from completing a pass that’s at least 40 yards.

Bet $25 on Super Bowl 55 and win $155 in bonuses if either team scores with PointsBet by clicking here.