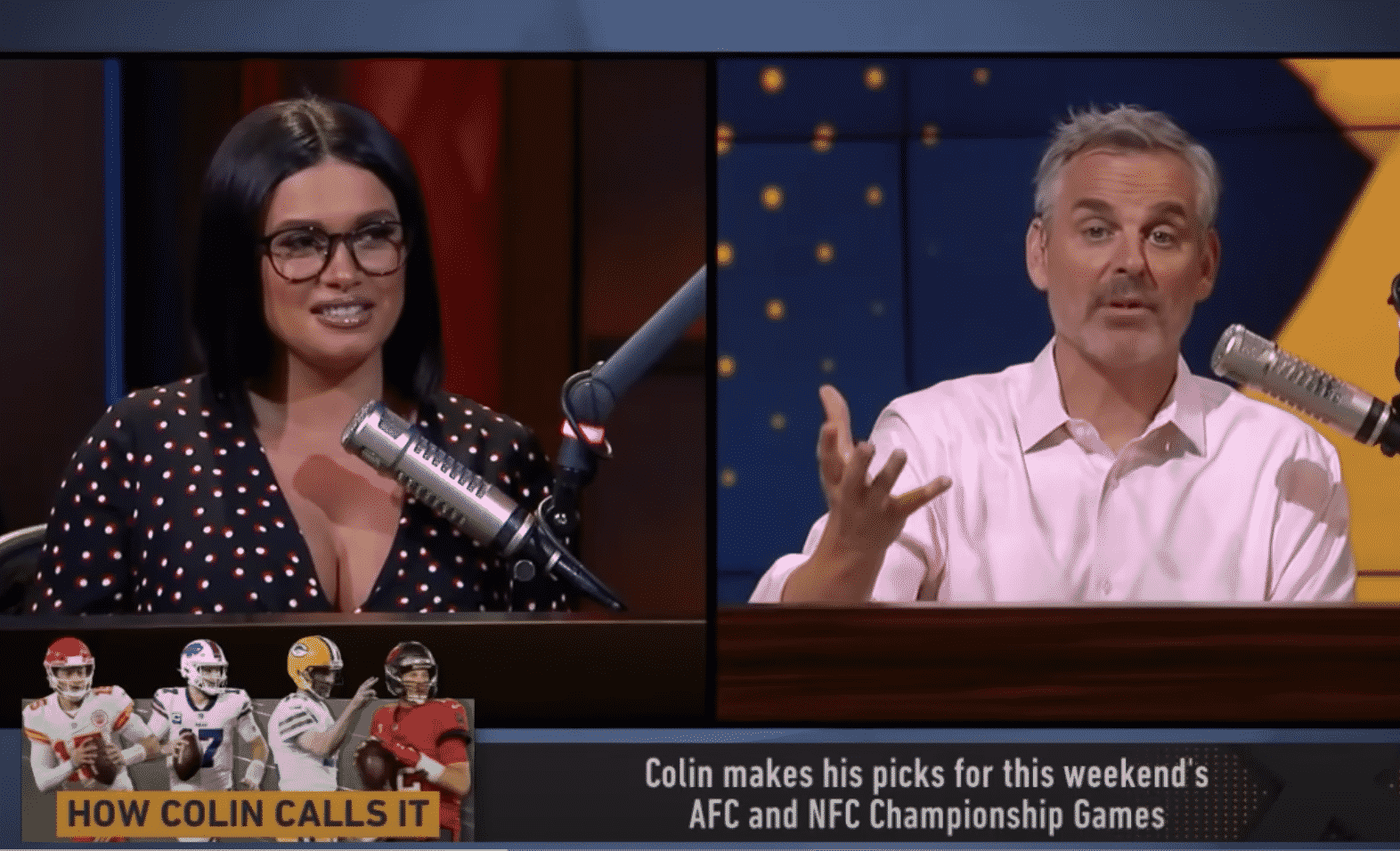 Colin Cowherd has released his “Blazing 5 Picks” ahead of the NFL’s Conference Championship games.

Colin Cowherd has made his Blazing 5 picks and predictions for NFL Conference Championship Weekend action.

Get +500 odds at FOX Bet on the Packers or Bucs to score at least once this weekend in NJ right here. In PA, take advantage of this great offer here.

Colin leads off his Conference Championship Round picks with a potentially damaging trend for the defending Super Bowl Champion Kansas City Chiefs. Since Week 12, the Chiefs have the 26th-ranked redzone offense, while Buffalo’s redzone defense is ranked #1 in the NFL over that same stretch.

Cowherd believes that this game could potentially be a low-scoring affair with a real chance that Buffalo could pull a huge upset over Kansas City. How? Holding the Patrick-Mahomes-led offense to field goals, rather than allowing big-play touchdowns to burn them and swing momentum in Kansas City’s favor.

Click here to get 100-1 odds on any NFL game this weekend with DraftKings Sportsbook.

Still, Colin is picking the favorites in this one, the Kansas City Chiefs, to win this game. He has a few reasons for his pick. In their first matchup of the season, Kansas City rushed for 250 yards, while Buffalo was able to muster just 80 yards on the ground. Buffalo have averaged a meager 64 rushing yards per game in the postseason, which is about 50% of the typical output of the other playoff teams. He ultimately believes Buffalo is too one-dimensional on offense.

Click here to get 25-1 odds on any NFL Divisional Round game with FanDuel Sportsbook.

Cowherd’s second and final pick of the week is the NFC Championship showdown between two future Hall of Famers as Tom Brady and the Tampa Bay Buccaneers travel to Wisconsin to take on the Green Bay Packers.

Colin believes Green Bay is the best team remaining in the playoffs in either conference. The Packers have had a different receiver lead the team in receiving yards over each of their past three games, indicating balance in the passing game. Their running game is no slouch, either, as the Packers’ 188 yards rushing against the Los Angeles Rams marked an all-time playoff high for the team with Aaron Rodgers as their starting quarterback. Cowherd also gives the edge to Green Bay’s offensive line. Simply put: he believes Green Bay is the better team.

Green Bay has a total of 11 turnovers on the offensive side of the ball, which limits the opposition’s ability to make a game-changing play.

Green Bay has the best redzone offense in the entire league, which indicates a true ability to execute scoring plays in the most important area of the field and finish off drives.

Green Bay leads the league in time of possession, which should mean far less opportunities for Tom Brady to change the momentum in this game.