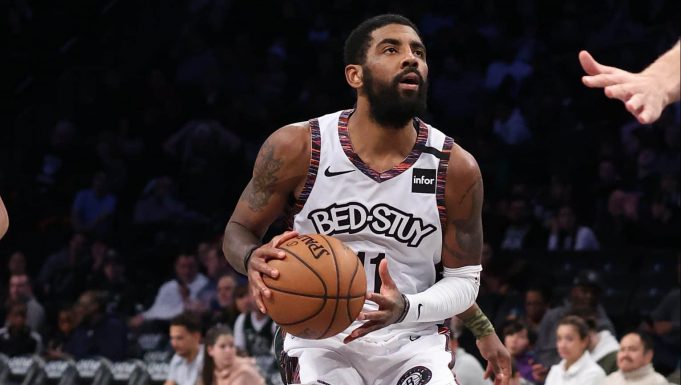 Brooklyn Nets guard spoke to the media about a myriad of topics, from his long absence to helping the community.

On Tuesday afternoon, Brooklyn Nets guard Kyrie Irving spoke to the media for the first time after taking a two-week hiatus from the team.

During that span, videos of Irving at what appeared to be a birthday party surfaced on social media, leading to him being fined $50,000 and forced to forfeit his salary for two games he missed during the five-game quarantine period for violating the NBA’s COVID-19 health and safety protocols.

The first thing we learned today is that Irving is expected to play on Wednesday against the Cleveland Cavaliers. This will mark Irving’s first game with the newest member of the Nets- James Harden.

Nash said he expects him to play tomorrow against Cleveland.

When asked why he did leave the team unannounced, Irving wasn’t exactly forthcoming, saying that it was due to personal and familial reasons.

Kyrie Irving, speaking to reporters, says "there's been a lot of family and personal stuff" going on the last two weeks.

Irving said he addressed his teammates. "I have a conversation with each one of them and we move on."

We found out yesterday that Irving had purchased a house for the family of George Floyd, a victim of police brutality whose death in May sparked nationwide outrage and Black Lives Matter protests.

When asked about it by the media, Irving said he just wanted to help and do his part.

Kyrie Irving confirms he did buy a home for George Floyd's family. "Just trying to do my part." #nets

It’s worth noting that Irving has a history of making significant contributions to different causes.

He’s committed money to paying the salaries of WNBA players who had opted out as a result of COVID-19 and has donated to several organizations and initiatives aimed at combating hunger.

Irving went on to apologize to the fans and to discuss issues in the world, in general, and that there are more important things than just putting a ball in a hoop.

It’s evident that giving back and working to address problems that oppressed communities face are very important to Irving.