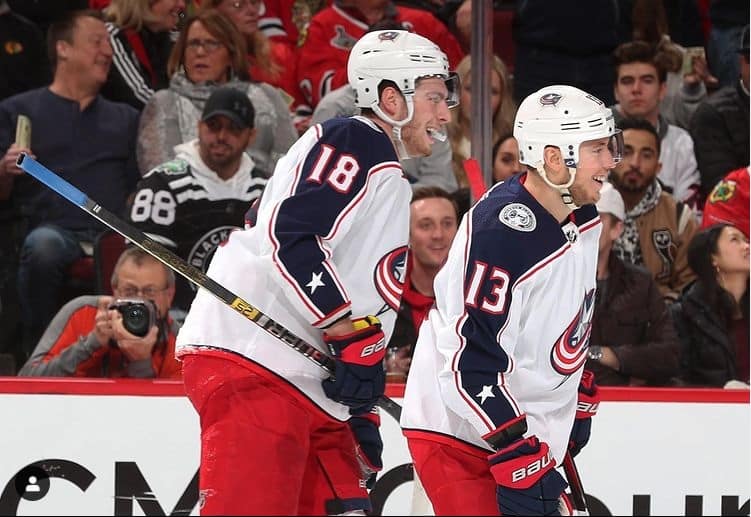 According to a report from The Fourth Period over the weekend, the New York Rangers are one of the teams most interested in trading for Columbus Blue Jackets center Pierre-Luc Dubois.

Dubois, 22, is one of the league’s underappreciated, exciting young stars. But after signing a two-year, $10 million extension with Columbus last week signs certainly point to Dubois wanting out.

He was on his way to a third straight 20-goal season before the COVID-19 shutdown and has emerged as a bona fide top line center. Those types of players don’t hit the market very often, so it makes sense that the Rangers (or anyone else for that matter) would be interested.

There’s organizational familiarity with the player. He was regularly linemates with Artemi Panarin during the two seasons they were in Columbus together and the two had great chemistry. Putting that band back together could be a great thing for the Rangers.

Ironically, it is Panarin leaving Columbus for more money in a bigger market that is reason the Jackets would look to move Dubois. But The Bread Man isn’t the only member of the Rangers organization who is familiar with Dubois.

Dubois was the third overall pick by Columbus in 2016 by a Blue Jackets front office led by current Rangers president John Davidson.

What would it cost?

This is the fun and sometimes frustrating part of trade rumors. Who would the Rangers have to give up to bring in a player the caliber of Dubois? It wouldn’t be cheap, that’s for sure.

The Fourth Period pointed to right wing Kaapo Kakko, the second overall pick in the 2019 NHL Draft, as a player Columbus would start any Dubois conversation around.

The New York Post‘s Larry Brooks suggested Filip Chytil, who would likely replace Dubois as the top line center in Columbus. Chytil was the 21st overall pick in the 2017 NHL Draft and is a year younger than Dubois.

Other names that have been thrown around the rumor mill include Matthew Robertson, Tony DeAngelo, Vitali Kravtsov and, most significantly, K’Andre Miller.

The good news is the Rangers have a number of talented young forwards in the pipeline around whom they could build an intriguing package for Dubois if they were to jump into serious conversations.