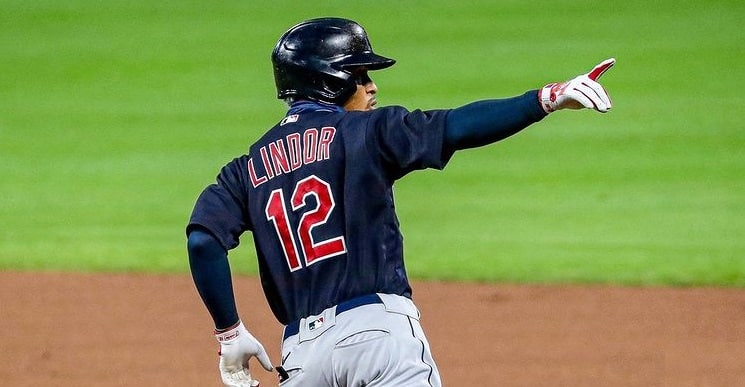 Francisco Lindor one of the biggest stars every acquired by the New York Mets.

On Thursday the New York Mets were the talk of the town. In the first blockbuster deal of the Steve Cohen era, the Mets traded four players to the Cleveland Indians for superstar shortstop Francisco Lindor and starting pitcher Carlos Carrasco.

Lindor is one of biggest stars in the game, easily a top-ten player in Major League Baseball. Players like him don’t often hit the market, and when they do the Mets aren’t often involved.

Which had us wondering, where does this trade rank in the history of Mets blockbusters?

Where will Thursday’s trade ultimately rank among the other instances where the Mets traded for a potentially franchise-altering, established superstar player?

Santana was 28-year-old two-time Cy Young Award winner when the Mets pulled off this stunning deal. He was one season removed from a triple crown in the American League and was coming to New York to win everything.

His led the National League with 234.1 innings pitched and had a league-leading 2.53 ERA in 2008. Unfortunately, the mileage on his amazing left arm started to take its toll after that, and his career ended far too early.

Delgado spend only one year in Miami, but he did damage. He hit 33 home runs and drove in 115 runs. He was older at the time of the deal (34) but had plenty of baseball left in him.

After six seasons with the Dodgers that saw Piazza win National League Rookie of the Year and play in the All-Star Game all six years, the 1998 season was a rough one for Piazza.

The Dodgers shocked the world when they traded him to the Marlins in a blockbuster deal that included a number of players with ties to the Mets, included current payroll obligation Bobby Bonilla. Piazza was traded to the Mets just eight days later and became the face of the franchise.

Piazza’s home run in the first game back after 9/11 will live forever as one of the biggest moments in the history of the franchise.

“The Kid” was a great player in Montreal. But when he got to New York he became the face of the Mets. Carter hit 56 homers his first two seasons and was a key to the 1986 World Series championship.

Carter represented the Mets in the All-Star Game in his first four seasons with the club and won the Silver Slugger in the first two seasons in New York. Though his plaque in Cooperstown has an Expos cap on it, Mets fans will always consider him a member of their family.

This deal was the beginning of the changes for the organization in the mid-1980s. Hernandez already owned five Gold Glove Awards when he was dealt to New York, leaving the Cardinals in the rear view mirror.

Hernandez won five more Gold Glove Awards in New York and represented the Mets in three All-Star Games. He was the runner-up for the National League MVP in his first season with the Mets and, with Carter, was a central component on the World Series championship team.