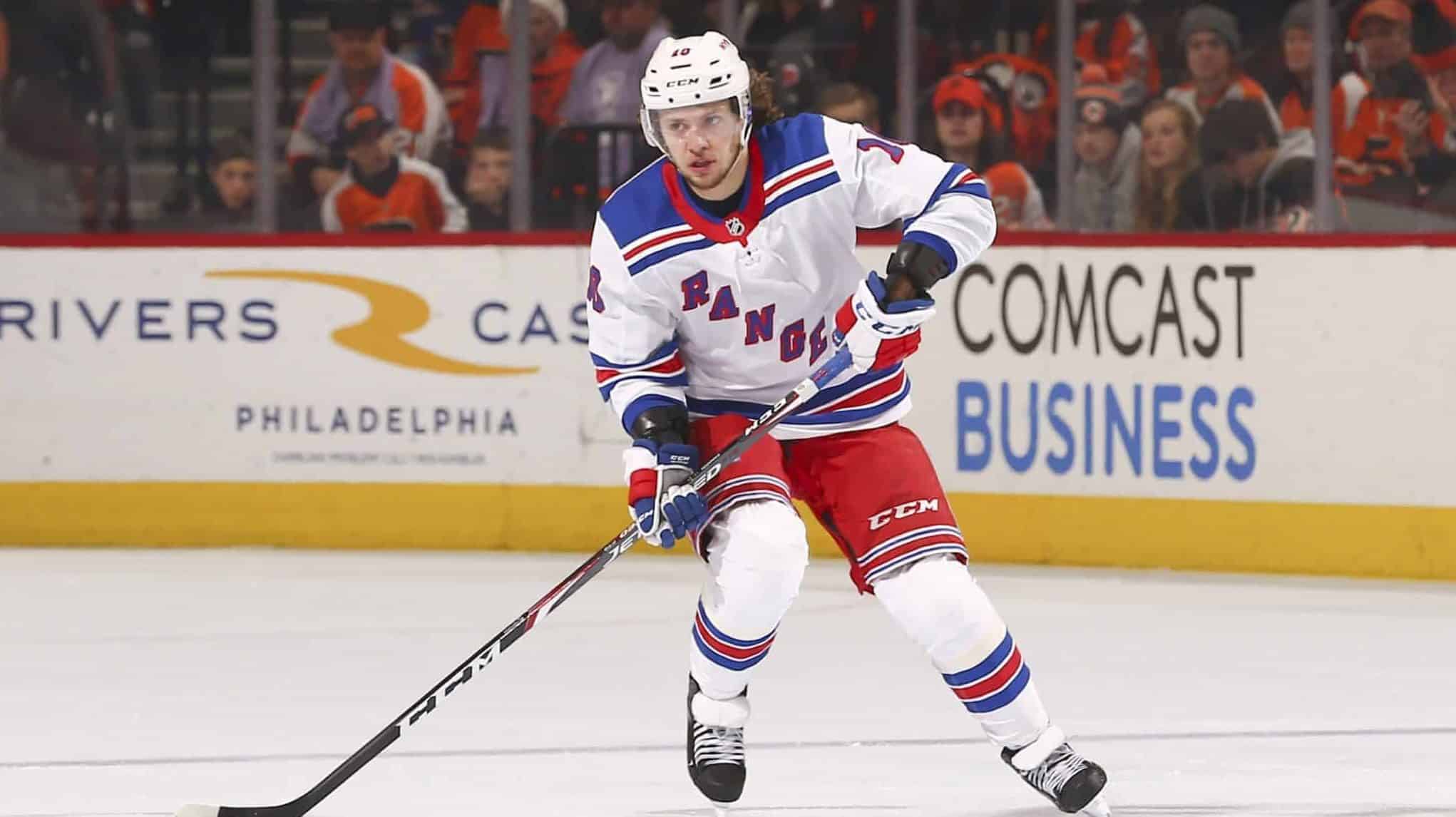 The Rangers are unlikely to return to the playoffs, but the continued development of the team is a priority.

The New York Rangers will begin 2021 in a vastly different place than they started last season.

The Blue Shirts entered the 2019-20 season as a team that was still rebuilding and weren’t expected to be particularly good. And, at the beginning of the season, they played the role of future lottery team well.

However, they began turning it around in the most surprising fashion in December.

From that point on, the Rangers were one of the best teams in the league and their exceptional play proved to be rewarding: they were invited to resume play in the Toronto bubble after the season came to a halt due to the outbreak of COVID-19.

Unfortunately, they showed that they didn’t belong there after getting swept by the Carolina Hurricanes in the qualifying round, but the fact that they even reached that point was impressive enough.

Plus, the Rangers are a very young team, so having their players get some playoff experience was important.

The Rangers have had a lot happen during the offseason, and that’s why next season will be an interesting one.

They bid adieu to longtime Blueshirts Jesper Fast, Marc Staal and, of course, Henrik Lundqvist. The biggest highlight of the offseason, however, was the Rangers winning the draft lottery and selecting future superstar Alexis Lafrenière.

After the realignment, the Rangers have found themselves in the most difficult division in the league. For that reason, it’s unlikely that they’ll be able to make it back to the playoffs this year.

However, the team and fanbase are assuredly excited to flip the calendar to 2021. The Rangers have arguably one of the brightest futures of any team in the league, and the road to getting back on track as a consistent playoff contender continues this season.

Here are some New Year’s resolutions for the 2021 Rangers. 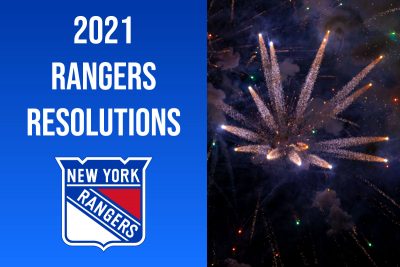 The Rangers are the second-youngest team in the NHL, and they’re only getting younger. Many of these youngsters are quite promising and have high ceilings, but they’re going to have to spend this season working on their game as much as possible.

The Rangers took Kaapo Kakko with the second pick of the 2019 draft, but he had a rookie season to forget.

He did show signs of life at various points and exhibited much improvement as the season progressed, but he’s going to have to take his game to the next level this year.

The good news is that, with Fast’s departure, Kakko will likely feature on a line with the extremely productive Artemi Panarin and Ryan Strome, who’ll undoubtedly help him improve.

However, that means Kakko will have fewer excuses to play poorly, so his development this year is going to be crucial.

Filip Chytil is another name to keep an eye on. Chytil is viewed by many as the Rangers’ second line center of the future, and while he is improving year by year, the hope is that he, too, takes a big leap this season.

Last season, the Rangers acquired former first round pick Julien Gauthier from the Carolina Hurricanes. At this point in his career, Gauthier isn’t exactly where most had expected him to be, but he’s a player with an incredibly high ceiling.

He has a great deal of potential and this season will likely determine his future with the organization.

Brett Howden is also another low-key youngster to monitor. A former first round draft pick and very promising prospect, Howden has had a pretty terrible start to his NHL career.

More often than not, he looks like he shouldn’t be playing professional hockey at all.

Granted, he’s never really had good linemates who could help him improve his game, but he hasn’t been playing anywhere near the level a first-round pick should.

Head coach David Quinn appears to be fond of Howden and his work ethic, but if he doesn’t show progress this season, it might be time for the Rangers to move on.

The Rangers have several young defensemen to watch this season.

Not much needs to be said about Adam Fox, who already looks like he’s going to be a star. Look for him to have another fantastic season.

Ryan Lindgren is an interesting one. Not much was expected from him when he came to the Rangers from the Boston Bruins in exchange for Rick Nash, but he’s been a surprise.

He isn’t perfect- he doesn’t bring much offense to the table and his defense can use some work. Even so, he’s been better than expected and is a tough kid who plays with a lot of grit.

If he continues to be on an upward trajectory, especially since he seems to be in a permanent pairing with Fox, he really might have a long and bright future with the team.

Tony DeAngelo isn’t as young as the rest of these guys, but he’s a player that will be followed closely this season.

DeAngelo is currently a question mark. Last season, he was one of the most offensively productive defensemen in the league, but his defense is a liability.

He’s never had a good linemate, but the Rangers are going to have to make a decision about whether or not he fits their long-term plans.

Last, but certainly not least, is Igor Shesterkin. Shesterkin has always been regarded as the heir to King Henrik’s throne, and his time has come. He was stellar last season and is the favorite to take home the Calder Trophy. Look for him to excel this season.

2. Integrate new faces into the lineup

The Rangers are also going to have some new players that must get comfortable quickly.

Lafrenière is the most obvious one. He’ll likely begin the season on the team’s third line, but he should work his way up the lineup. Big things are expected from this very talented youngster.

Jack Johnson has been one of the worst defensemen in the league lately, and it’s especially concerning that he’ll likely begin the season playing alongside DeAngelo, who is still relatively young and a bad defenseman.

Ensuring he improves the blue line instead of bringing it down is a concern and a priority for the coaching staff.

It’s also likely that we’ll see prospects Vitaly Kravtsov and K’Andre Miller this season, as well. Kravtsov has had a tumultuous time in the Rangers organization, but has been playing incredibly well in the KHL so far.

It’s almost certain that he’ll make his way over to Madison Square Garden at some point this spring, and it’s crucial that he’s placed in a good position when he does arrive.

Miller is expected to be a fantastic defenseman, and his role in a bad Rangers defensive unit will be interesting to monitor.

As is evident by all the names mentioned in this piece, the New Year’s resolutions of the Rangers revolve around developing their youngsters, both their rookies and guys who have already been here.

Their development will end up being the difference between building a long-term contender and re-starting a long rebuild. Quinn has done a pretty solid job of developing and disciplining the Rangers’ youth, and he’ll be expected to continue to do so.

Even though we probably won’t be seeing the Rangers play playoff hockey, fans are excited for the season to begin to see what the kids have in store for them.