The New York Liberty and the WNBA have been rocked by the COVID-19 pause. Its effects will be greatly felt through roster choices.

WNBA players will not be exempt from the economic carnage incurred by the COVID-19 pandemic.

By Tuesday, each of the league’s dozen teams will have to cut down to 12 members to ensure that players can be paid beginning June 1. Teams that don’t have the necessary cap space will have to trim down to 11. The league is one of several American professional sports organizations that has had to postpone its season in the wake of the health crisis.

On one hand, it’s good to see the league assure its players a payday in these trying times. It comes at a harrowing price, however, one that will deny rookies and veterans alike a chance to prove their worth in training camp activities.

The local New York Liberty are not immune to the coming storm. In fact, the newly minted Brooklyn dwellers will be among those most affected by the enforced cutdowns.

New York’s expansive rebrand has already bid farewell to several familiar faces in the interim. It’s a conundrum that was likely on the horizon after obtaining a surplus of draft picks in a blockbuster trade that sent Tina Charles to the defending champions in Washington and also involved the Dallas Wings. Both veterans obtained in that transaction (Tayler Hill and Shatori Walker-Kimbrough) are already gone.

With Charles in the nation’s capital, Brittany Boyd was set to become the longest-tenured New Yorker on the roster but she too was let go. Draft day acquisition Stephanie Talbot (career-best 5.2 points per game in 2019) will be missed, but she did the Liberty a de facto favor by opting to stay overseas for the upcoming year.

Though Talbot’s 2020 status is accounted for, the Liberty have some decisions to make with their other draft-night acquisitions. Top overall pick Sabrina Ionescu is obviously safe and seventh selection Megan Walker may likely be a lock with her. But the remaining quartet could all well be on the bubble as the deadline looms.

If and when the 2020 WNBA season commences, the Liberty will have one of the youngest arsenals in the league. Not a single player on the roster has hit 30. Only three players (Layshia Clarendon, Rebecca Allen, Amanda Zahui B) have at least five years of WNBA experience.

The question thus becomes…does experience or youth take precedence in these uncertain times?

“It is the worst part of this job,” Kolb said in a phone interview with the Associated Press. “These are dreams that are suddenly altered and you’re a large part of that. These are human beings, not just basketball players.”

Several late-round picks across have already been let go as the process begins. If that’s the case, that might not bode well for Leaonna Odom in New York. The 15th overall pick out of Duke, Odom developed a reputation as a strong lockdown defender, but it’s difficult enough for second-round choices to make the roster even in years where all is well. It’s tragic that talent like Odom will be labeled expendable in these times, but it’s a reality that has become all too real.

Fellow second-rounder Kylee Shook, the first chosen in that second stanza, will also be up for consideration. If her departure time comes, her Liberty career could end before playing even a single minute with former Louisville teammates Asia Durr and Jazmine Jones…provided final first-round pick Jones isn’t bid farewell either (Durr is likely safe as 2019’s second overall pick).

Conversely, veterans will not be spared in the coming hours. New York midnight could be coming soon for Reshanda Gray, a Liberty free agent who was set to return to the team on at least a training camp deal.

Had the Liberty won a few more games during the 2019 season, Gray could’ve warranted some Comeback Player of the Year votes. The Cal alumna partook in her first regular-season action since 2016 and became a reliable interior presence when injuries and international commitments ate up the Liberty interior. Gray set new career-best averages in scoring and rebounding (5.2 in each) and even put up a double-double in a victory over Dallas last June.

These are the stories we’ll lose in the wake of this crisis.

It’s unknown what moves the coming onslaught will bear…could second-year draftee Han Xu remain overseas with Talbot or could late first-rounders Jones or Jocelyn Willoughby (acquired in a trade with Phoenix) be let go?…but it’s a reminder of the fragile ground the WNBA walks upon, ground made all the more tenuous by systematic obstacles.

Expansion (be it on the American map or on rosters) or a G League-like alternative could at least start to solve this crisis, but that’s something to think about once a more relative sense of normalcy returns. Bill Laimbeer, the former head coach of the Liberty and currently holding the same title in Las Vegas, hinted last summer he’d like to see rosters (as well as the WNBA’s current 40-minute runtime) expand.

“Today’s NBA is two-on-two, one-on-one. (The WNBA) is still five-on-five, which is great,” Laimbeer said. “We need more exposure for players. If we don’t expand, we can expand in a different way.”

The WNBA has plenty to worry about during this tumultuous period, with the primary focus centered on how to potentially play games in a safe, secure manner this season. A renewed focus on expansion, one way or another, could be a way to avoid a situation like this from ever rising again.

Mets have Carlos Correa physical concerns (but will it matter?)

If all else fails, Oswaldo Cabrera can be Yankees’ left fielder 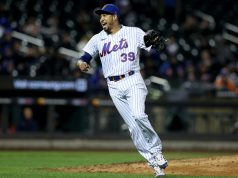 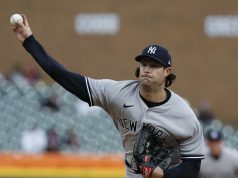 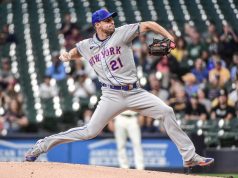