The New York Jets hold the rights to the 11th pick in the 2020 NFL Draft in late April. After a somewhat disappointing free agency period, this draft has to be a good one as the Jets look to take the next step forward in the AFC East. DraftKings Sportsbook has provided odds for the first player who is drafted by the Jets in this year’s draft. Let’s take a look.

At DraftKings Sportsbook, the favorite for the Jets’ first-round pick is Jerry Jeudy at +400. The former Alabama wide receiver is one of the more highly-touted receivers to enter the draft in recent years and headlines a terrific wide receiver class at the position. Jeudy’s ability to separate will help Sam Darnold and the Jets’ offense. His ability to get open with speed is one thing, but given how advanced of a route runner he is at a young age is a benefit that will help any team.

After Jeudy, former Oklahoma wide receiver CeeDee Lamb at +600 is tied with four players as “second” most likely to be drafted by the Jets. Lamb’s ability to make plays with the ball in his hands is second-to-none in this draft class, and he is a big-play threat that the Jets are missing without Robby Anderson. As Field Yates mentioned on twitter, Lamb had 26 catches of 20+ yards last season, and led all FBS WR in missed tackles forced at 31.

The first word associated with former Alabama receiver Henry Ruggs III is simple. Speed. In the 2020 NFL Combine, Ruggs ran a 4.27 and was “disappointed” with his performance. Ruggs has the unique ability to be fast in shorts and on the field. Often times at Alabama, Ruggs took a simple short slant and turned it into six points. Ruggs is also +600 to be drafted by the Jets, and would be a great fit with Sam Darnold as the fastest player on the field in nearly every circumstance.

If Jeudy falls to the New York Jets at 11, Joe Douglas and company should not hesitate to pull the trigger. The Jets’ top need is a playmaker on offense to add to Sam Darnold’s repertoire, and the best wide receiver in the class falls right into their lap. The Jets signed Breshad Perriman as a deep threat, and Quincy Enunwa returns from injury to be an outside receiver with Jamison Crowder in the middle. The one thing the Jets are missing from that receiving corps is a true number one who can win on short, intermediate, and deep routes. Jeudy is that player, and Darnold gets his “X”.

The Jets’ last few drafts have been very good with Williams, Darnold, and Jamal Adams. This year, they have to get Sam Darnold some help on the offensive side of the football especially after losing Robby Anderson to free agency. Currently, the Jets’ have Breshad Perriman, Quincy Enunwa, and Jamison Crowder to pair with Darnold and Le’Veon Bell. The Jets need at least one more weapon at receiver, and are likely to go that route in the first round. 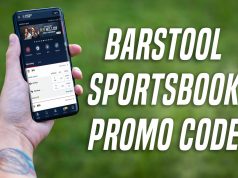