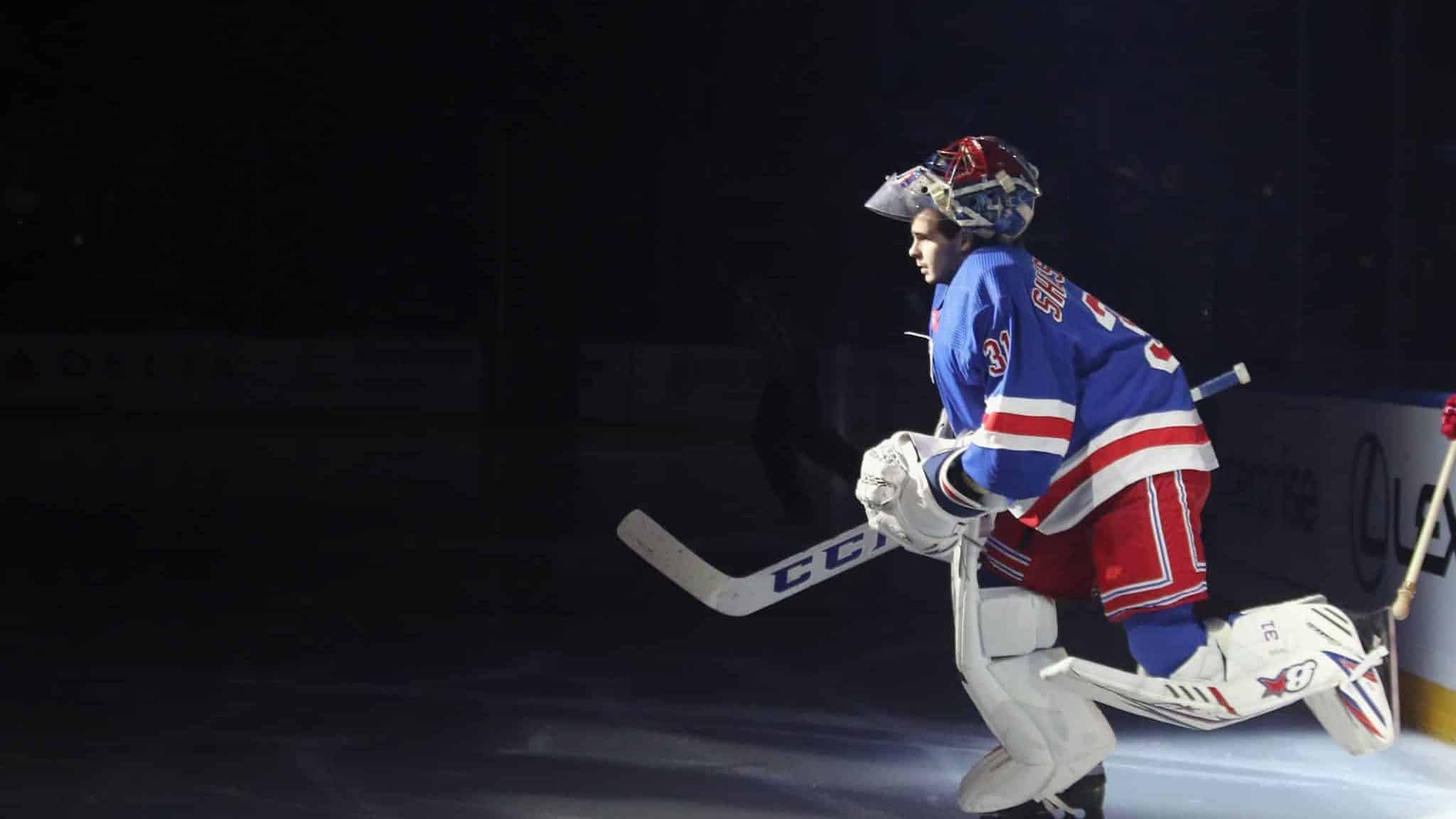 New York Rangers head coach David Quinn has finally announced what many already knew: Igor Shesterkin is the No. 1 goaltender.

The Czar has overthrown The King.

In a very subtle way, while announcing that Alexandar Georgiev would start in goal for the team Thursday night in Minnesota, New York Rangers head coach David Quinn announced that Igor Shesterkin is the No. 1 goaltender.

This follows Quinn’s statement earlier in the week that he was no longer using a three-man rotation in net and would play the “hot” goalie for the foreseeable future. He changed his tune since that statement.

Shesterkin officially takes over for Henrik Lundqvist. Hank has been in the very unfamiliar and—from the looks of it—uncomfortable role as a backup goaltender for most games since Shesterkin’s debut in January.

The fan-favorite, who has been leading the Blueshirts onto the ice for the last 15 years, will have to settle for sitting on the bench and watching, like a self-reflection. It’s the new kid’s turn to show New York what he can bring to the crease.

The 2019-20 calendar year has been surreal. New York fans were forced to watch New York Giants quarterback Eli Manning stand on the sideline for most of the season. Now, Henrik Lundqvist is in a similar position.