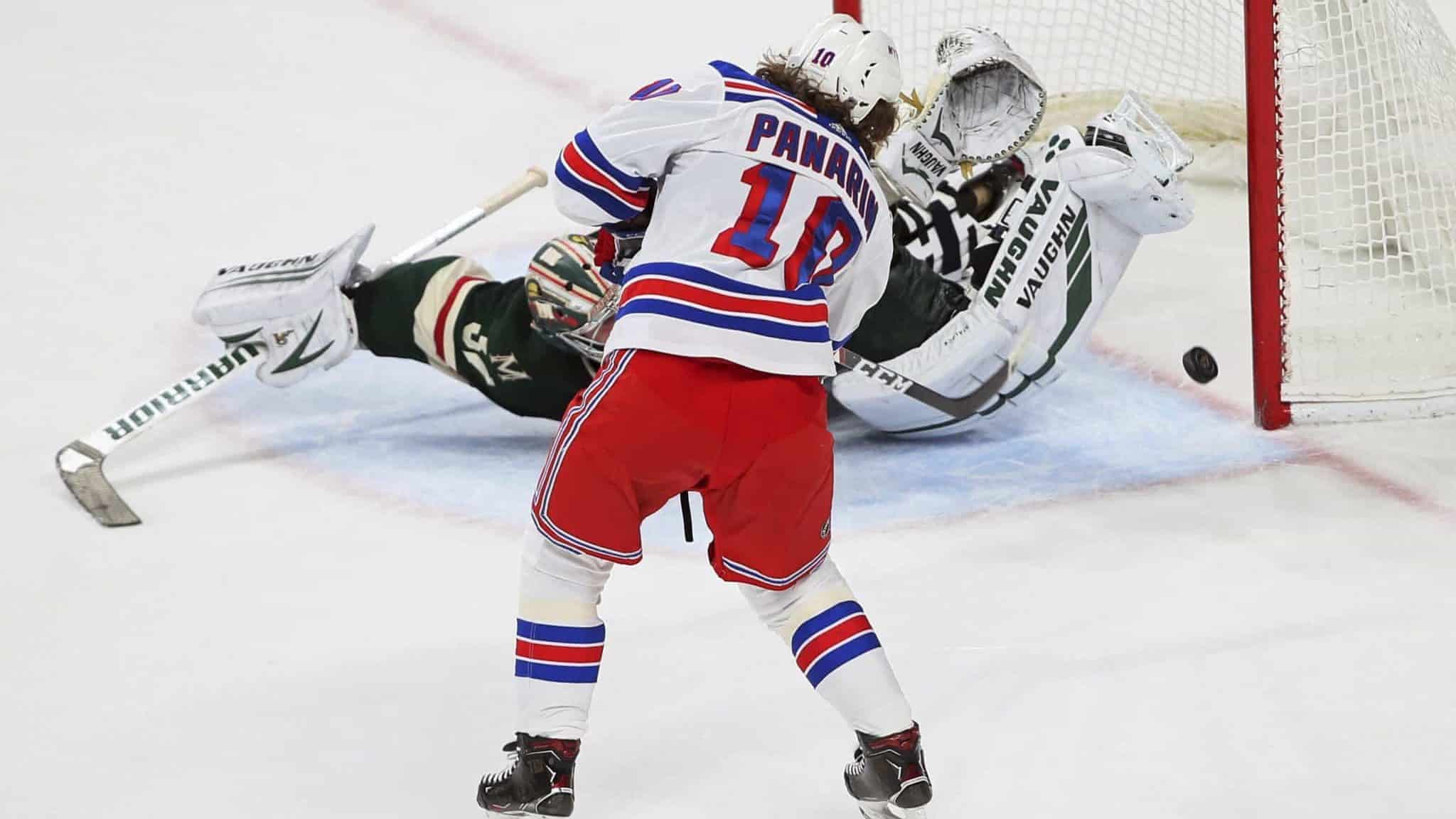 It didn’t take anybody special to predict the reactions to a specific NHL goal on Thursday night. One city jeered while another cheered. Minnesota claimed foul while New York couldn’t say anything but “wow.”

Slowly traveling into the Minnesota Wild zone, already up 1-0 in the shootout, Panarin showcased those brilliant hands, deking back and forth what seemed like 250 times. Eventually, goaltender Alex Stalock caved and Panarin hit the open net.

No sir. This is not your average hockey goal.

Artemi Panarin breaks out the filth in Minnesota. Rangers win in the shootout after trailing by two in the third. #PlayLikeANewYorker pic.twitter.com/AXBHB40Y77

Although the goal was reviewed, the officials determined Panarin’s path as sideways, not backward, thus capping the New York Rangers’ comeback victory.

Alexandar Georgiev—starting for the injured Igor Shesterkin—stopped 23 of the 26 shots he faced, including all in the third period. That was key thanks to New York’s offense waking up late.

Down 3-1, Pavel Buchnevich tallied one at the 11:51 mark, and Mika Zibanejad came up with the equalizer—a beauty of a deflection—with just 1:06 to go in regulation.

Put it on net and good things happen. pic.twitter.com/rPIhV1PjSv

Those two goals, a scoreless overtime period and a Zibanejad shootout goal to kick things off set the stage for the Bread Man and another Rangers victory, their third-straight and fourth over their last five contests.

Speaking of Panarin, it was his 29th of the season in the first period that knotted things up at one goal apiece.

Like for the pass
RT for the shot pic.twitter.com/BvVmTDzyph

Next up for the Blueshirts will be the Blue Jackets in Columbus on Friday night before they return home for a Sunday matinee against the NHL’s best, the Boston Bruins.