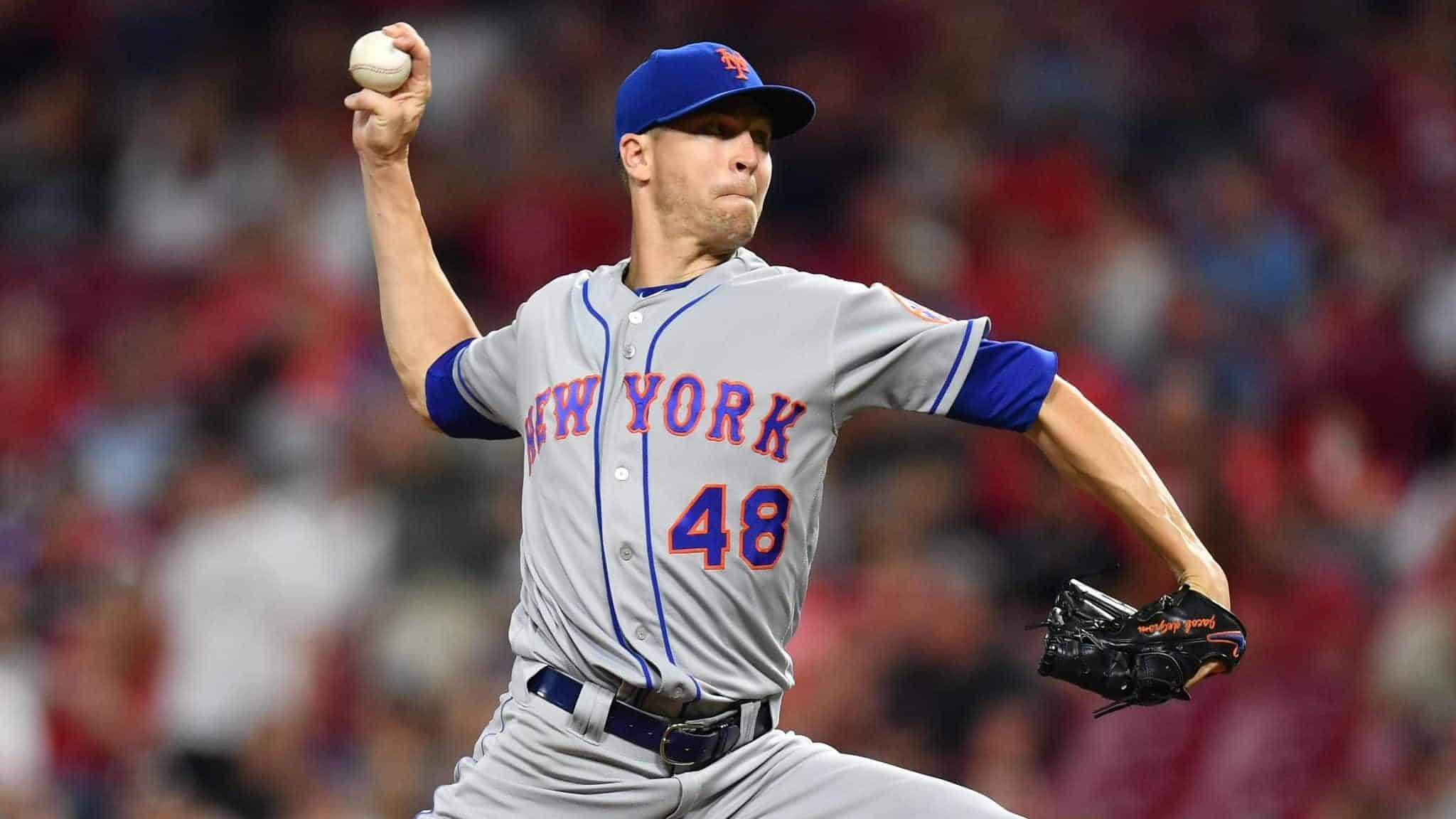 New York Mets right-hander Jacob deGrom wants to win another Cy Young after earning the prestigious award each of the last two years.

The New York Mets have now failed to make the playoffs in three consecutive seasons. Their unfortunate streak almost ended this past year, being that they weren’t eliminated until the regular season’s final week. Nonetheless, they will enter the 2020 campaign having not played October baseball since 2016.

Despite the continued struggles, one of the major bright spots for New York has been its ace. Right-hander Jacob deGrom has won the National League Cy Young Award each of the last two seasons, putting up a 2.43 ERA this past year.

They’re major contributions to what will be a great legacy, and deGrom wants fans to know that he isn’t finished.

“I always set personal goals going into a season. I guess the goal is to be the best pitcher I can be,” deGrom said on Saturday at Mets FANFEST, per Danny Abriano of SNY. “I’d like to win another Cy Young. But like I said, personal goals are great. And any time you can achieve ’em you feel like you’re helping the team be the best I can be. … The main goal is a World Series for me.”

deGrom earned a bid to the All-Star Game in either campaign.