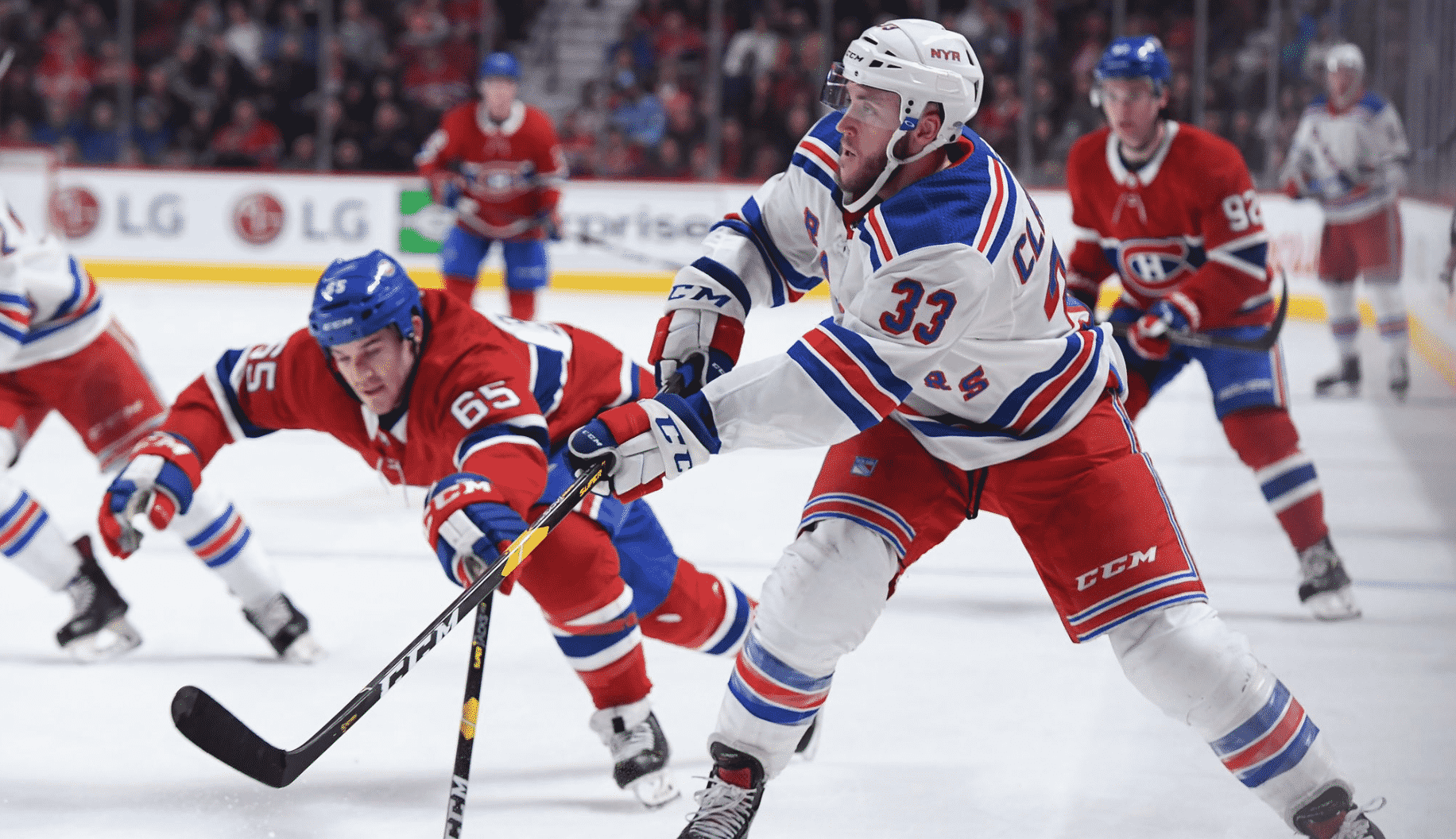 The New York Rangers fell down quickly, 4-0, before recovering only to lose to the Montreal Canadiens by the final of 5-2.

The New York Rangers went into their game Saturday night hoping to get back on track and end their road woes against a Montreal Canadiens team that lost it’s last five games. But the Habs, with the help of Shea Weber and Arrutri Lehkonen, handed the Blueshirts their fourth loss in their last five games by a score of 5-2.

From the first puck drop, the Canadiens gave the Blueshirts a hard time. Much of the first period was played in the Rangers zone, at one point the Canadiens led in shots 9-2. It was not until the Rangers killed off a penalty that they were to establish some offensive pressure, but the damage was done before and after.

Four minutes into the first period, the Montreal Canadiens drew first blood on the scoreboard thanks to Weber.  His second game of the season after returning from a knee injury, Weber blasted a slapshot from the point past Alexandar Georgiev for the first goal of the game. The goal was Weber’s first goal since Dec. 5, 2017.

Shortly after the Rangers had their pressure, Weber would strike again after taking advantage of the Rangers failure to backcheck.  Brady Skjei was the only Ranger back defending Tomas Tatar skating into the Rangers zone. After Tatar drew a tripping call, Skjei stopped skating rather than making a play on the puck that would have drawn a whistle. Tatar then made a pass who from the boards, on his back, to a streaking Weber, who scored on the breakaway to make it 2-0 with only seven seconds left in the period.

But things would get worse for the Rangers as the Habs continued to fly, Lehkonen scored on a two-on-one just over two minutes into the second to make it 3-0 Canadiens. Just like the first two goals, Skjei and Brendan Smith were the defensive-pair out there for the goal against, and just like their last game in Ottawa, the Rangers found themselves down by three goals in the first two periods.

Here's something you don't see every day: Shea Weber on a breakaway!
(Shoutout to @TomasTatar90 for the sweet pass.)#GoHabsGo pic.twitter.com/Yim3muWUES

Here’s an alternate angle of Shea Weber’s first goal of the season.#GoHabsGo pic.twitter.com/w12pssGBA1

Lehkonen added more salt to the wound with his second goal of the game after intercepting a Neal Pionk pass from below the red line to make it 4-0 Habs, not even halfway through the game.  Coach David Quinn then called timeout and it did wake up his team.

The Rangers would have some life though thanks to Jimmy Vesey, scoring on a Smith feed to make it 4-1 Habs. Ryan Strome would make things a little more interesting after scoring a power-play goal to cut the deficit to two.

How often do you see a power-play goal on the rush? That's what happens here as Ryan Strome cashes in. Rangers cut it to 4-2 up north. #NYR pic.twitter.com/vQkBfoMCVU

Strome’s goal is his second in four games. But that was the extent of the Rangers scoring tonight. They had another great chance with a little over a minute left in the second after Brett Howden fed Strome with a wide open net, but Strome sent the puck wide preserving the two-goal deficit.

A four-goal deficit against any goalie is difficult enough, but a four-goal deficit against Carey Price is nearly impossible to overcome. The Rangers did score five goals on Price earlier in the season, but tonight they only got two by him on 21 shots.  On the other side of the ice, Georgiev did what he could to keep the Blueshirts in the game stopping 37 shots, but the Rangers were not able to recover from the hole they dug themselves into.

With this loss, the Rangers lost four of their last five games and still have yet to win a game on the road in regulation this season. All three of the Rangers road wins this year are in regulation. The Rangers will be back home tomorrow night when they face the Winnipeg Jets for Vic Hadfield night.

NEXT: Mats Zuccarello Finds Himself In Familiar, Uncertain Territory