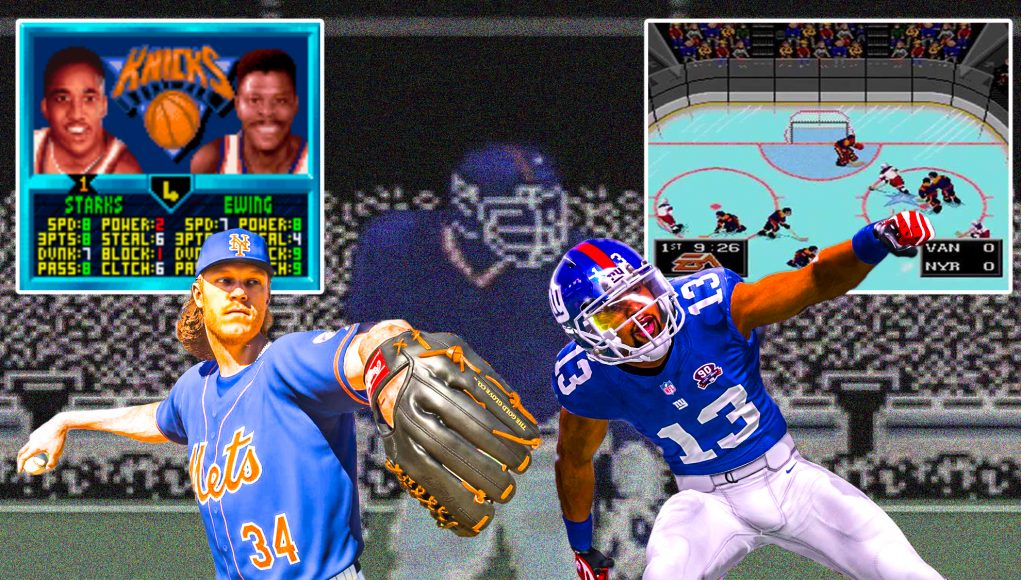 ESNY presents the 23 greatest sports video games of all-time ranking from the old days of NES to PS4 and Xbox.

The date was May 15, 1994. My 11-year-old emotional state couldn’t be consoled at around 11 or 11:30 p.m. ET for the New York Rangers had dropped Game 1 of the Eastern Conference Finals to the New Jersey Devils in double-overtime.

After coasting through the hated-enemy yet hapless New York Islanders and Washington Capitals in five games, the big-boy round had finally begun. The best two teams in the NHL that season had met up for the right to check out the Prince of Whales trophy.

Game 1 showcased a back-and-forth content, a trend that made this one of the greatest sports series of all-time (and still the greatest I’ve ever witnessed). It also started the trend of the Rangers losing Game 1s and relenting gut-wrenching last-moment goals that put Madison Square Garden in a state of shock while awaiting overtime with 54-years hanging over their heads.

Anyway, in Game 1 it was Claude Lemieux who tied things at three with just 43 seconds to go in regulation. When Stephane Richer scored in double-OT, that was it. My 11-year-old body couldn’t take it.

I must correct things. I had to. Martin Brodeur, Scott Stevens and those Devils (who, in my mind, actually represented the team name for which they played for), could not get away with knocking off the good guys.

After losing my mind for a few minutes to an hour, I hopped in the other room and fired up NHL 94 on Sega Genesis. Forget starting a playoff season. Forget messing around the all-star teams. We were going to play one game for all the marbles, the New Jersey Devils against the New York Rangers at Madison Square Garden with the express purpose to right a wrong.

Though NHL 94 featured the ending rosters to the 1992-93 NHL season, it didn’t matter. The updated lines were mimicked as closely as possible and off we went to Devil domination.

That’s what sports video gaming was and still is for so many kids. Not only does it allow the inspirational and imaginative to carve their own path with their favorite players and teams, it even allows budding general managers, play-by-play artists and even (through create-a-player) young superstars to live out their dream as a professional athlete.

That was my childhood, loving sports and acting as the best damn general manager the sports video-game industry had ever seen.

Still, eras aside, some rank far ahead of others. Here are the 23 greatest sports video games of all-time.

***Listen, if you’re looking for “Tony Hawk’s Pro Skater,” the old “Pong” or “Mario Kart,” this list is not for you. This is a list for the diehard sports person who happens to also love sports video games—the diehard coach or GM who loves to tinker with rosters. Furthermore, forget Atari or Intellivision (although the latter system was in the house). It begins with NES.