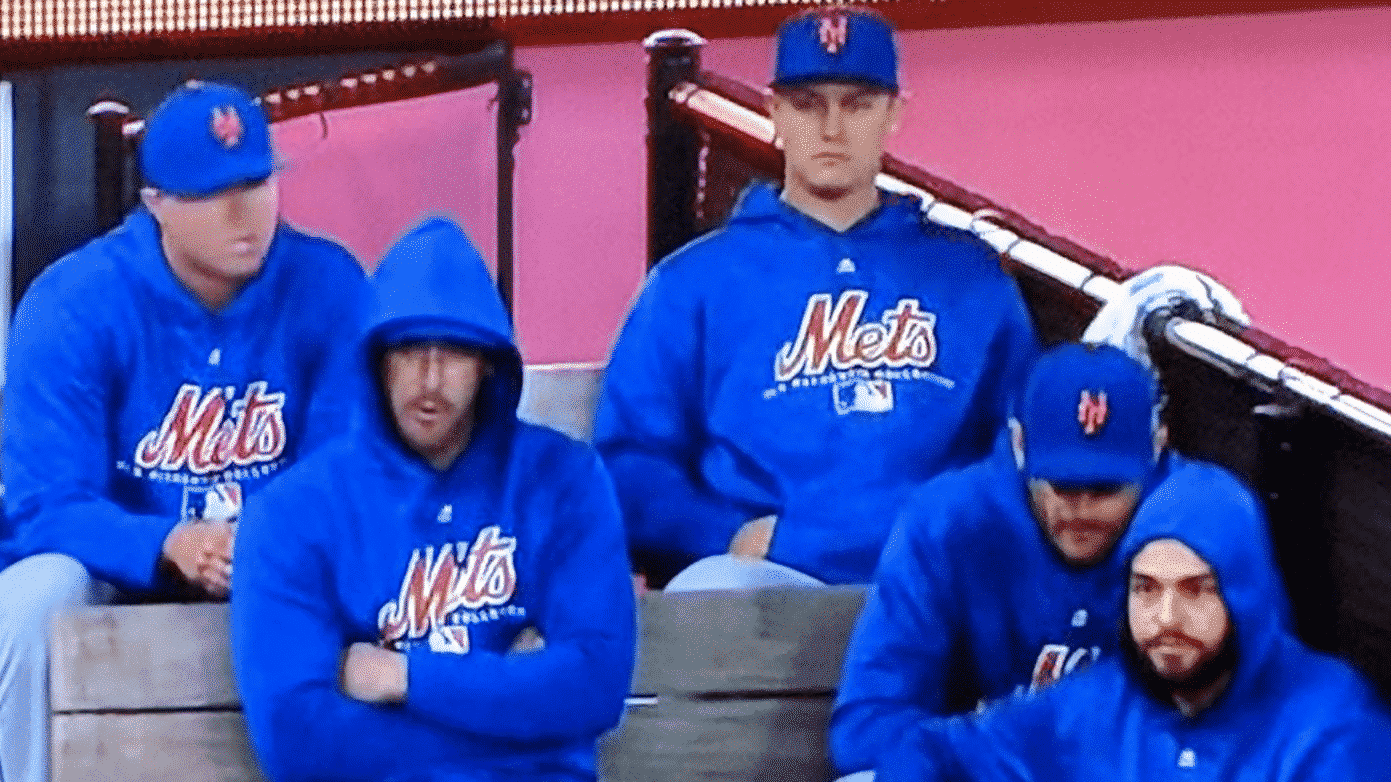 The New York Mets sent Matt Harvey to the bullpen and during his first game out there, he looked extremely unhappy.

When the New York Mets brought in manager Mickey Callaway, he knew part of his job was to try and fix Matt Harvey. After several bad starts and Zack Wheeler’s encouraging first two starts, Callaway decided to send Harvey to the bullpen to work out his issues there.

Harvey had a solid first start, but it’s been downhill from there for the artist formerly known as The Dark Knight. He’s put up a 6.00 ERA through his first four starts and was recently tagged for six earned runs in six innings against the Atlanta Braves.

It was known that Harvey was “pissed off” about the move, according to Mickey Callaway. During Saturday’s game in Atlanta, cameras caught Harvey in the bullpen and his body language appeared to confirm this.

Matt Harvey, according to Mickey Callaway, is "pissed off" and "motivated." #Mets

He looks rather upset about the situation, however, it’s hard to feel bad for him for two main reasons. First, Harvey’s numbers justify this move. His 6.00 ERA is actually an improvement from last year when he struggled to a 6.70 ERA.

He hasn’t been a good pitcher since 2015 when he looked to be back to form after a missed season due to Tommy John surgery. That year, he pitched to a 2.71 ERA and looked like he hadn’t missed a beat in his return.

The second reason it’s hard to feel bad for him is his off-field situation. He’s angered the Mets several times with his antics, most notably once last season while he was struggling.

He was suspended for three games for failing to show up for a game after staying out too late celebrating Cinco de Mayo. He then had the audacity to file a grievance about the suspension.

Harvey has had a very long, very far fall from grace. He needs to embrace his new bullpen role or risk being run out of the league that turned him into a celebrity. He needs an attitude change and he needs it very, very soon.