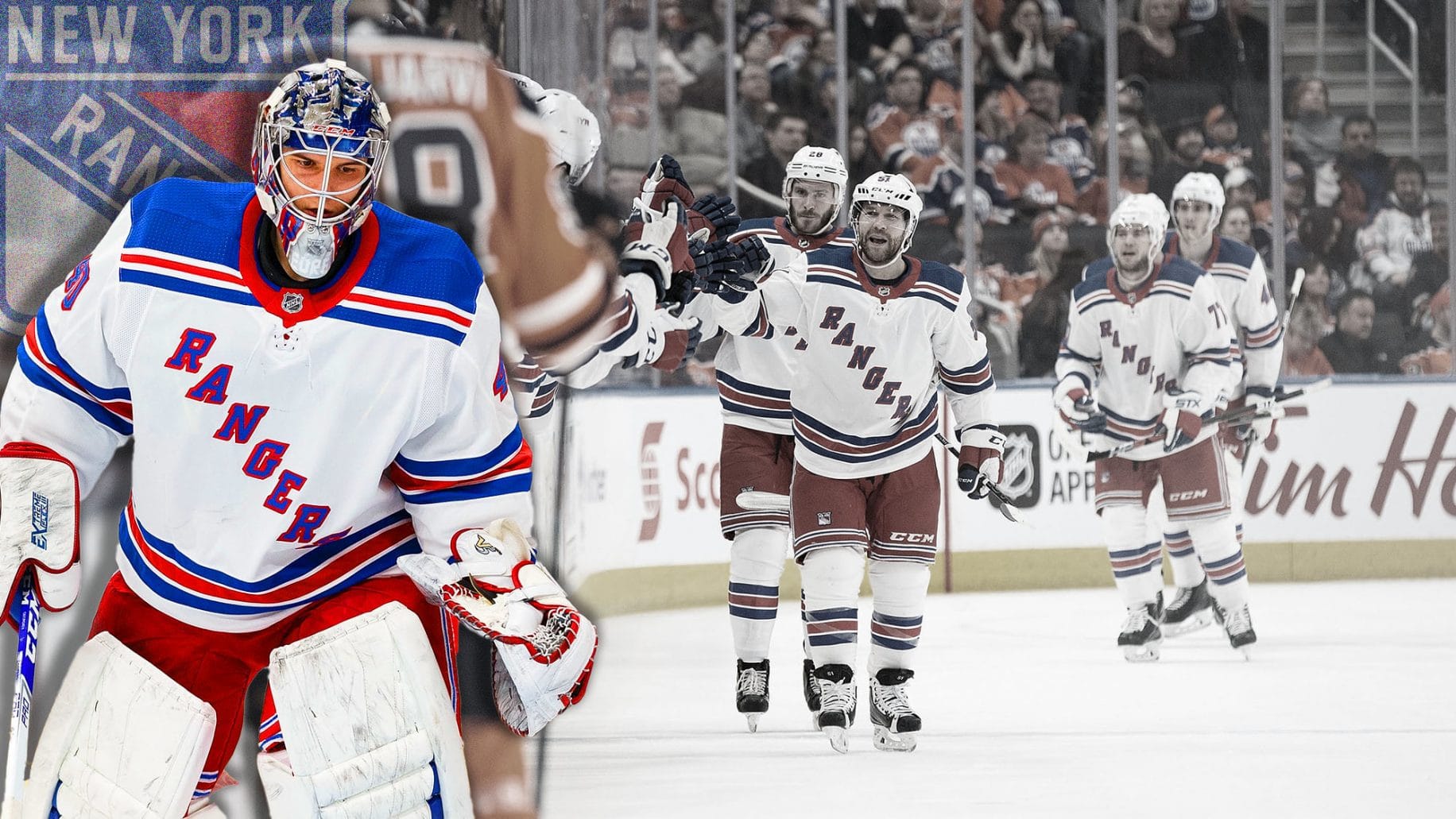 The New York Rangers looked for their third win in a row as they visited Connor McDavid and the Edmonton Oilers.

Chris Kreider wasted no time getting the Rangers on the board as he scored just 54-seconds into the contest. It was his first goal since returning from a scary blood clot condition which sidelined him in December.

The first period showcased few shots, as the Rangers outshot the Oilers eight to six.

Oilers Captain Connor McDavid scored his 30th goal of the season at 5:43 of the second period to tie the game at 1-1. The goal was one that Georgiev wished he had back as McDavid scored the goal from a tough angle as the puck ricocheted off of Georgiev and into the net.

Just 1:56 later, Paul Carey scored his seventh goal of the season on a deflection off of a shot from Cody McLeod, who had six shots on goal in the game, to give the Rangers a 3-1 lead.

Unfortunately, the Rangers couldn’t hold on to the two-goal lead as Ryan Nugent-Hopkins scored his 17th of the year off a stunning backhand feed by McDavid.

The game remained 3-2 throughout the third period but things appeared to get dicey for the Rangers when defenseman Marc Staal took a tripping penalty on Mcdavid with 2:27 left in the game. The power play was shortlived as Edmonton took a too-many-men on the ice penalty with just 1:18 remaining in the game leading to Georgiev’s first NHL win with a final of 3-2 on the scoreboard.

This is the first three-game winning streak for the Rangers since Dec. 19 when the Rangers defeated Los Angeles, Boston, and Anaheim.

“It felt unreal. Something like a dream.” #NYR goaltender Alexandar Georgiev on his first NHL win tonight in Edmonton. pic.twitter.com/MGGsSXFWZE

Hear from #NYR coach Alain Vigneault after tonight's 3-2 win over the Oilers. pic.twitter.com/7C8hEzbk1m

The new look New York Rangers have looked more comfortable on the ice since the trade deadline has passed. The Rangers third win in a row comes after the team suffered through a seven-game losing streak as the team was in limbo as they waited to see he would get moved.

The win in Edmonton puts the Rangers record at 30-30-6 with 66 points tied with the New York Islanders, just three points out of a wild-card spot.

The Blueshirts will play next on Tuesday against the Winnipeg Jets at Madison Square Garden.

NEXT: Rangers Rebuild Rolling Thanks To Excellent, Sneaky Returns