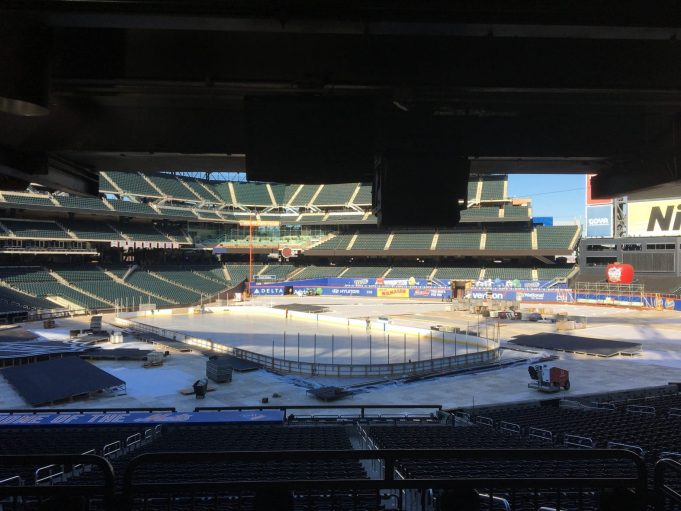 The Ice Guru himself, Dan Craig, joins Schwartz on Sports to discuss the upcoming “Winter Classic” between the New York Rangers and Buffalo Sabres.

The first outdoor game in NHL history took place in Edmonton back in 2003 when the Montreal Canadiens beat the Edmonton Oilers 4-2. But the phenomenon of the outdoor games really began five years after that in 2008 with the first ever NHL Winter Classic in Buffalo when the Pittsburgh Penguins beat the Sabres in a shootout at snowy Ralph Wilson Stadium.

A decade later, the Winter Classic is still going strong and has been joined by other outdoor games like the Stadium Series, Heritage Classic, NHL 100 Classic, and Centennial Classic. This year, the 10th anniversary Winter Classic takes place on New Year’s Day at CitiField in Flushing when the New York Rangers take on the Buffalo Sabres at 1 p.m. ET.

The rink is currently under construction at CitiField in preparations for the game and that allowed students from PS 71’s Technology class to go on a field trip to Flushing for an “Ice Making 101” discussion with Dan Craig, the NHL’s Vice-President of Facility Operations. After the discussion, Dan spent a few minutes with me to talk about the event, the upcoming Winter Classic, and the process of building a rink in an outdoor stadium.