Frank Curto [8:22 PM]
But again is this a popularity contest or what have you done on the field topic?

Benny Tomko [8:22 PM]
For sure. Totally hear what you’re saying. We were just talking about right now, this very moment. I just believe it’s advantage AJ 99.

Nicholas Durst [8:23 PM]
There are different tiers if popularity. A lot of it has to do with the sport that the guys play too.
Tier 1: Odell Beckham Jr.
Tier 2: Kristaps Porzingis and Aaron Judge
Tier 3: Henrik Lundqvist

John DaSilva [8:23 PM]
KP is so unique, plays great and still has potential to be the best in the league. Plus he is so young.

Justin Birnbaum [8:23 PM]
I think it comes down to whether Judge gets the MVP.
I know it probably will happen, but if Altuve does it takes away from his case.

Danny Small [8:24 PM]
Judge is on top right now in my eyes, but I also don’t love giving any of these guys the label “King of NY” like Jeter was.

Frank Curto [8:24 PM]
I don’t think he needs MVP to be king of NY. Look at all he accomplished.

Justin Birnbaum [8:24 PM]
Maybe we should name them Prince for now Danny haha.

John DaSilva [8:24 PM]
Next year Judge will be all over with his Pepsi deal.

RELATED: Mike Francesa Believes He Could Manage The Yankees

Nicholas Durst [8:25 PM]
Can we all just agree that the true King of New York sports is Mike Francesa? Guy has been doing it for 30 years.

Nicholas Durst [8:26 PM]
Francesa got the NYC Marathon cancelled and brought Mike Piazza to the Mets. Guy has power.

Justin Birnbaum [8:26 PM]
He literally brought Mike Piazza to the Mets.
I will never get over that lol. 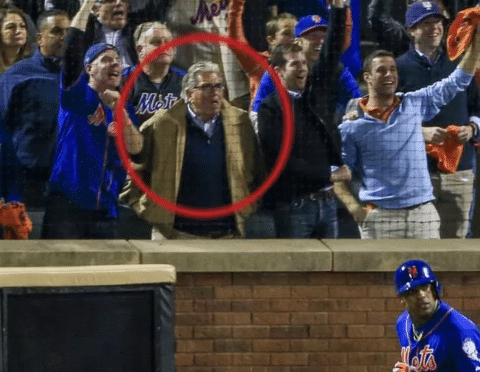 You name a big sporting event and Mike has been there and he will let be sure to let you know.

Benny Tomko [8:28 PM]
And make you feel bad for not being there yourself.

Justin Birnbaum [8:29 PM]
If New York is Westeros then Francesa is definitely on the Small Council.
For all my GoT fans out there.

John DaSilva [8:29 PM]
Could there be any chance Gary Sanchez could reach Aaron Judge level of popularity, especially if he improves defense or moves to another position?

Frank Curto [8:30 PM]
Can’t listen to a guy who knows nothing about hockey, then when he gets a hockey guy on with him thinks he is Don Friggin’ Cherry.

Justin Birnbaum [8:30 PM]
I would think Judge would have to bomb for that to happen.
As long as Judge is this good Sanchez is Robin to his Batman.

Nicholas Durst [8:30 PM]
Gary Sanchez is a prime example of why Aaron Judge is NOT the King of NY sports. After the 2016 season, everyone was saying Gary Sanchez was the King of NY. Now, no one cares about him.

Danny Small [8:31 PM]
I think Judge has a head start on any other Yankee, but Sanchez, Bird, and Torres all have the potential to be better than him.

Justin Birnbaum [8:31 PM]
Amazing how a year makes a difference.

Frank Curto [8:31 PM]
You needs to have a few good years to get the title I think.

Justin Birnbaum [8:32 PM]
I think that can be attributed to a lack of off the field issues with KP and Judge.

Frank Curto [8:32 PM]
Yeah Giant fans have had it I think with Odell. One handed catches are great, but winning is more important.

Justin Birnbaum [8:33 PM]
A lot of the KP drama was just blamed on Phil Jackson.
He was absolved pretty quickly.

Danny Small [8:33 PM]
Beckham has a little bit of A-Rod in him with alienating his own fan base at times.

Nicholas Santuccio [8:33 PM]
Odell isn’t the reason the Giants are not winning.

Benny Tomko [8:33 PM]
That’s another great point, you have to be known across all sports. It’s not enough to be well liked by the fans of that one specific team: EVERYONE needs to know who you are to be the king of New York.

John DaSilva [8:34 PM]
We have seen receivers like TO and Moss be some of the best, but also be team killers. Giant fans worried Odell could become that.

Danny Small [8:34 PM]
I don’t think Beckham is the reason the Giants aren’t winning, but there are Giants fans out there that can’t stand him.

Nicholas Durst [8:34 PM]
The media plays a huge role into whether or not a guy is viewed in a positive or negative light. As far as baseball goes, there are 162 games, so it is not covered the same way the NFL is with only 16 games. Beckham Jr. has a camera in his face with his every move. Whereas a baseball player will only have a camera on him when he is batting or making a catch or doing a post game interview. The media finds a reason to make a story out of nothing. If Beckham decided to drink two cups of gatorade instead of one, ESPN and ESNY would find a way to make it into a big story. It is a joke.

Frank Curto [8:34 PM]
I think Odell might be there John. Time for him to be a great football player and not a great social media player.

Danny Small [8:36 PM]
I agree Nick that the media follows his every move, but he plays into that so much with the way he acts. He fuels the fire of the media all the time.