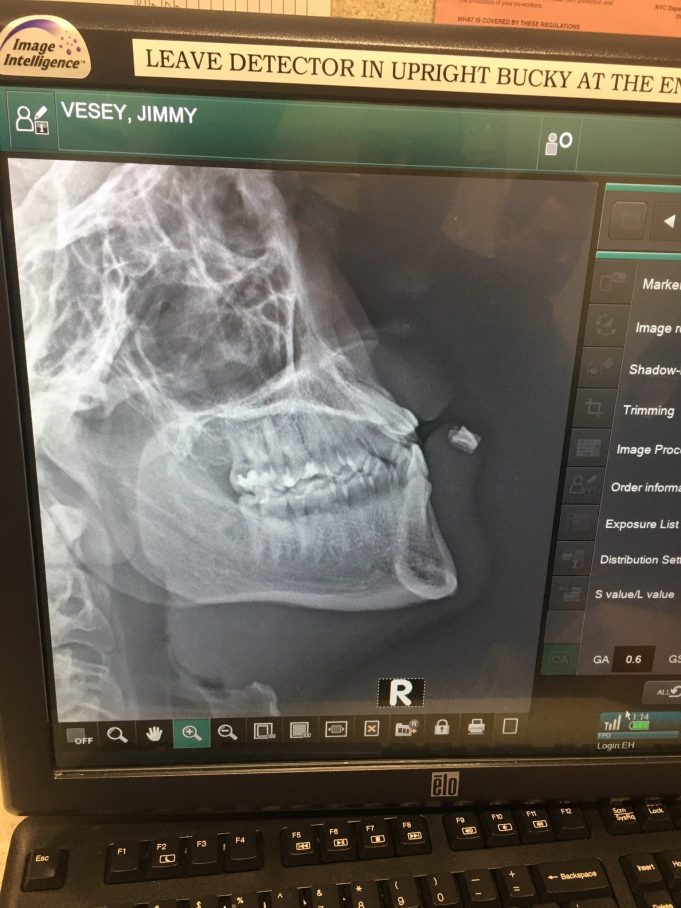 New York Rangers forward Jimmy Vesey took a skate into the mouth in today’s game against the Edmonton Oilers.

Sometimes the glamorous life of being a professional hockey player in the National Hockey League has its downsides. Ask New York Rangers forward Jimmy Vesey about that.

In this afternoon’s win against the Edmonton Oilers at Madison Square Garden, Vesey got tangled up with Oilers Zack Kassian and Kassian inadvertently kicked Vesey in the mouth. When Vesey got up off the ice, he was bleeding pretty badly and left to head to the locker room.

He returned later in the game, wearing a full shield . After the game, head coach Alain Vigneault said of Vesey, “teeth are in Vesey’s lip so they’ll figure a way to get them out. Hockey will be hockey, eh.”

"We did what we had to do to win this game.” Alain Vigneault on today's #NYR win, the condition of Jimmy Vesey and more. pic.twitter.com/FZBnNZwAjx

At least the Rangers won 4-2, and now have a six-game winning streak.

NEXT: Should the New York Rangers Trade for Calgary's Sam Bennett?