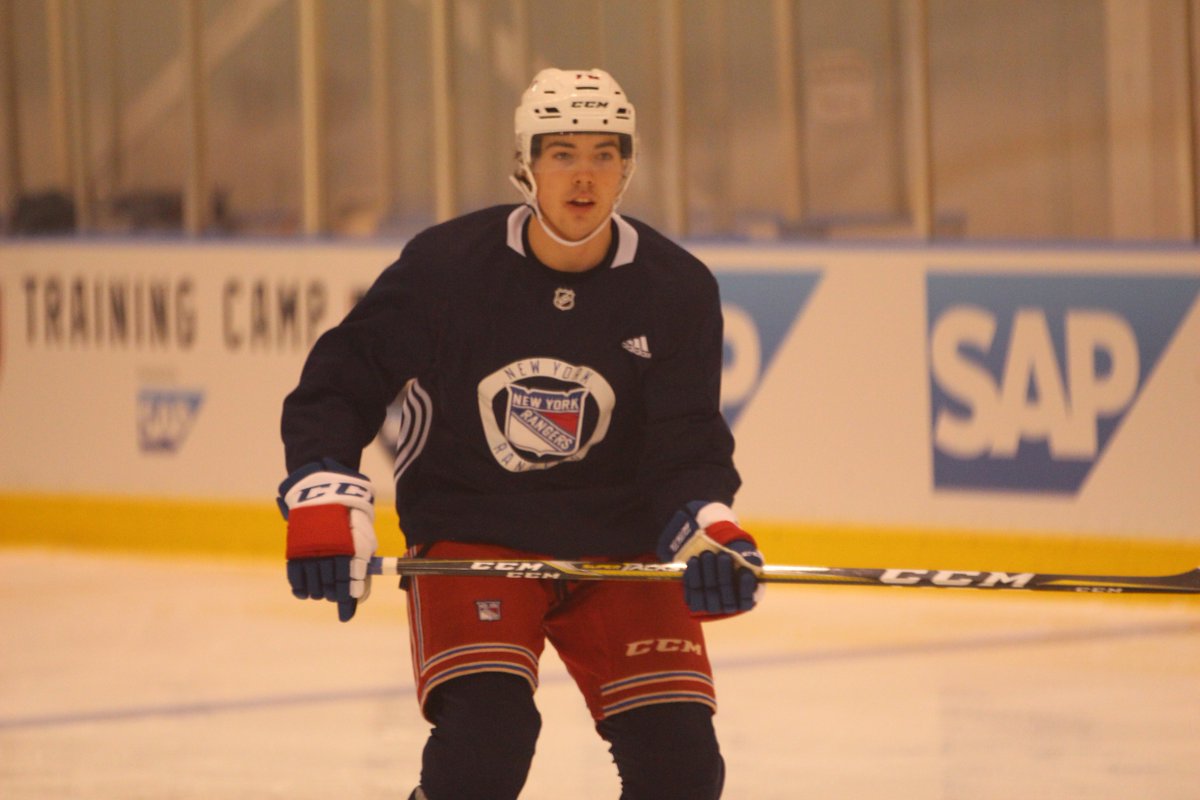 After sustaining an injury prior to the Traverse City Prospect Tournament, Filip Chytil is expected to make his New York Rangers debut tonight.

Steve Zipay of Newsday tweeted this Tuesday. Chytil should be centering Jimmy Vesey and Adam Tambellini. The 18-year-old is in the mix, per head coach Alain Vigneault, to have a shot at making the team this year.

Chytil suffered a groin/leg injury in late August, and attending training camp was in doubt after a missing the Prospect Tournament earlier this month. But he’s apparently shown enough for the Rangers to clear him for action.

"I want to be a part of the team as soon as possible." – @filip_chytil on playing his first #NYR game tomorrow @TheGarden. pic.twitter.com/0Ohbkmb7Nz

In a statement posted on the team’s official Twitter account, Chytil said: “I want to be part of the team as soon as possible.”

It was also announced that Lias Andersson — the organization’s other 2017 first-round selection — will play in his second straight game for the Rangers tonight, as the coaching staff takes a serious look at another 18-year-old center.