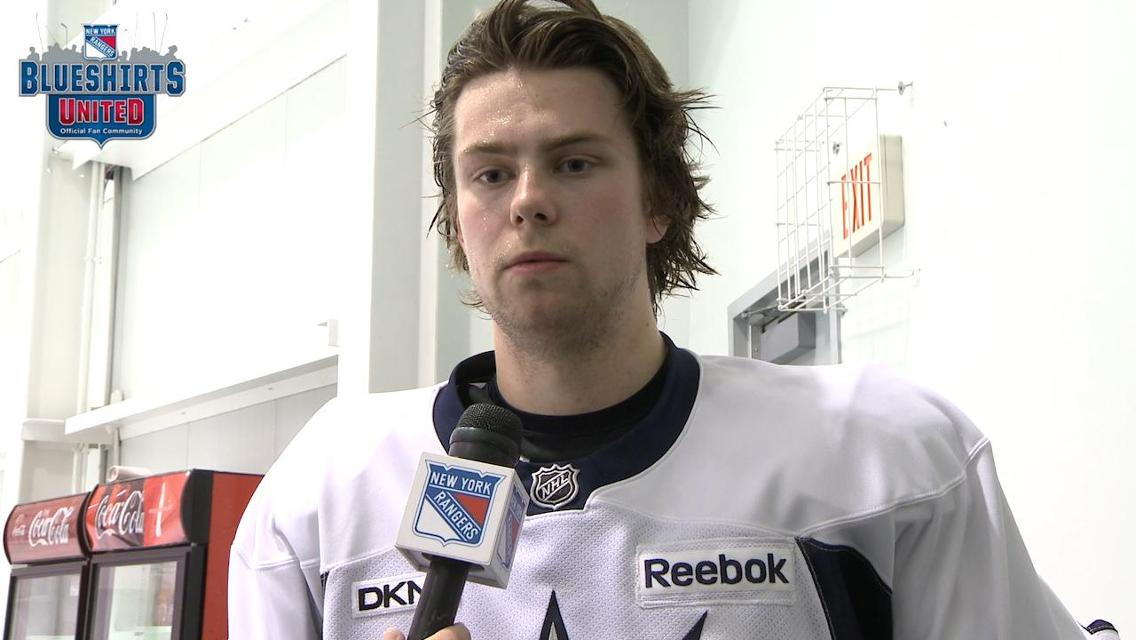 Ryan Gropp has steadily increased his production at the Major Junior level. Is he ready to make the jump to the New York Rangers?

In 2015, the New York Rangers had what appeared to be a pretty quiet night. However if one decides to do a little more digging, they may find out they have a big time sleeper on their hands. Ryan Gropp was selected in the Second Round with the 43rd pick by the New York Rangers, and if he can continue on his trajectory, Ranger fans might have something to cheer about that 2015 “quiet night.”

Ryan Gropp is a Canadian-born forward from Kamloops, BC who stands 6-foot-3 and weighs around 205 pounds. So right off the bat, size. The old adage says you can’t teach size and someone who can score and play with that kind of size is someone who can be really valuable to a lineup.

Gropp has played the last four years in the Western Hockey League with the Seattle Thunderbirds, his career starting in the 2013-14 season. In his first year with the team, he recorded 18 goals to go along with 24 assists for a decent rookie campaign. Gropp has also skated for Team Canada at the World Junior Championships U-18 not the more famous U-20. Gropp played in seven games recording one goal and one assist, mostly while skating in the bottom six.

Gropp has continued his career with the Seattle Thunderbirds, and with the help of Isles’ pick Matthew Barzal, the two have become quite a duo. Gropp led the team in scoring this past season posting 35 goals and 49 assists for 84 points while also tallying 19 points in 12 WHL postseason contests. The Thunderbirds were able to win the WHL and continue on to the Memorial Cup, a tournament which takes the champions of the Ontario Hockey League, Western Hockey League and the Quebec Major Junior Hockey League and alongside a host team, plays a Four team round robin tournament to determine the true Canadian Junior Champ.

The Thunderbirds were eliminated in Three games by the Erie Otters, a team loaded with future NHL talent. Gropp tallied only one assist and posted a -3 rating in three games played.

This kid can play and his combination of size and skill is something that every NHL franchise is after. However, there are some alarming red flags to be waved, as well as some potentially better players that came off the board after Gropp. Gropp got an extended look in training camp this past season and it seems management and the coaching staff has high hopes.

What’s concerning to me is his production. Yes, he scored over 80 points in his final year of junior, an impressive feat. However, he did so as a 20-year-old playing against kids 2-3 years younger and less physically matured than him. Typically, when we see guys head back for their 20-year-old seasons, they top the 100 point mark and become serious impact players while leading their teams to postseason success. Gropp seemingly rode the coat tails of Barzal after Barzal’s return to Seattle.

Gropp’s production before the demotion was down quite severely. Now there are plenty of players who make the NHL who need stronger linemates to succeed but it still raises concern.

When you watch Gropp on film, he’s deceptively fast. Long strong strides allow him to get to top speed and stay there while using his strength to lean in on defenders and play that prototypical power forward game.

The next thing that jumps out at you is his release. Gropp can flat out shoot the puck and likes to do so from all over the rink. I think his ceiling can be of a James Neal type player, someone, with all-star linemates can hit a 30 goal mark, and without one is still an effective two-way power forward good for 20 goals or so.

Gropp will need to learn how to release the puck quicker and change his shooting angles to be more deceptive.