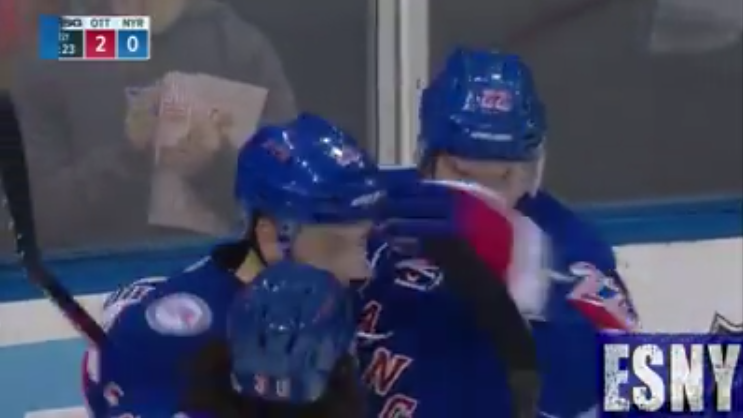 The New York Rangers will take any help they can get, even if it is a garbage goal from defenseman Nick Holden.

It’s a good thing that Nick Holden put the New York Rangers on the score board, because the Madison Square Garden faithful were running towards the nearest ledges just three minutes into tonight’s game.

The Blueshirts had one of their worst starts of the season against the Ottawa Senators tonight, which is shocking given the way the club has played lately.

Antti Raanta hasn’t exactly looked stellar either, as Ottawa cashed in on their first two shots.

Ottawa currently has a 3-1 lead on the Rangers with two minutes left in the first frame.

NEXT: Rangers have proven themselves as semi-fraudulent