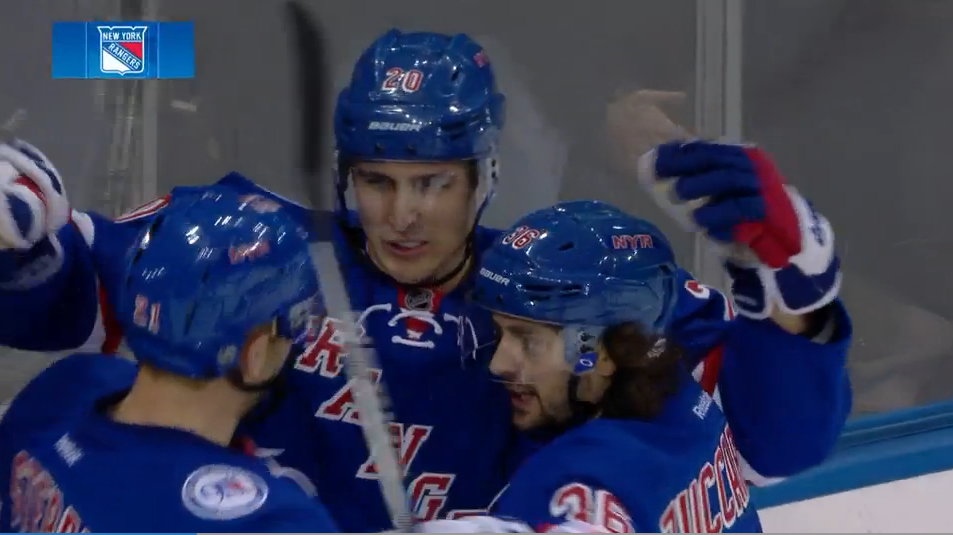 New York Rangers’ forward Chris Kreider opened the scoring In what has been a (mostly) uneventful game through one period of play at MSG.

New York Rangers’ goalie Henrik Lundqvist may riding the pine, but his team continues to produce.

Chris Kreider tallied the team’s first goal against a New Jersey Devils team that had quieted the Rangers offense for most of the first period.

Much like the Rangers, the Devils are a quick team. They play a man-to-man defensive system (similar to what the Rangers tried last year) effectively slowed the Rangers’ cycling through 17 minutes of play.

Man-to-man defense has its flaws though, and Mats Zuccarello was able to cycle the puck to Kreider as a result some over-commitment from the Devils defenders.

Zucc was able to find Kreider, who finished the play. While Kredier may have scored, he would have never had the chance if not for Zuccarello’s gritty forechecking.

For those keeping score, Antti Raanta has been solid thus far.