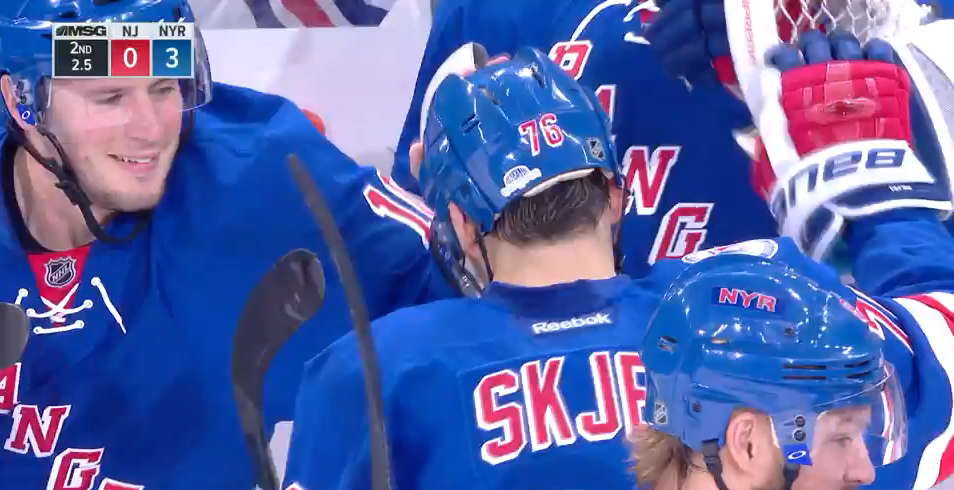 The New York Rangers have taken advantage of their opportunities throughout tonight’s second period, and Brady Skjei wanted in on the action.

After two period of play, the New York Rangers lead the New Jersey Devils by the score of 3-0.

The Blueshirts have cashed in on the opportunities that New Jersey has presented to them, and Brady Skjei’s first goal as a Ranger was no exception.

The young defenseman used the New Jersey’s players as a screen and fired a shot from the point which beat Cory Schneider.

Schneider had no chance of finding the fluttering puck, which gracefully sailed over his left shoulder.

As far as goalie-gate is concerned, Antti Raanta has made some spectacular saves throughout the second period and continues to be an asset for the Rangers.

The Rangers have put forth a full team effort. The forwards are back-checking and blocking shots, the defense are clearing the slot (for the most part), and the special teams are coming through.