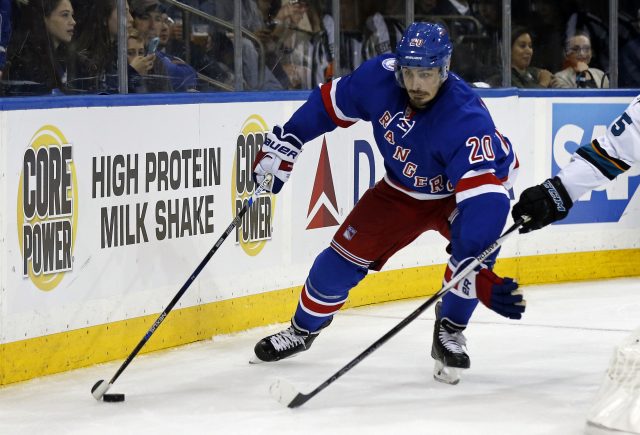 Nobody on the New York Rangers is stronger … or faster, for that matter. Chris Kreider is an athletic freak.

Come to think of it, the 25-year-old New England product is probably the Rangers top fighter (post-Tanner Glass).

While his mental toughness can be questioned — as last year’s unexplainable struggles exemplify just that — Kreider’s toughness is obvious. It’s also displayed in a greater way than through simply dropping the gloves.

He’s a tough, front-of-the-net presence the Rangers are hard-pressed to replace when he’s out of the lineup.