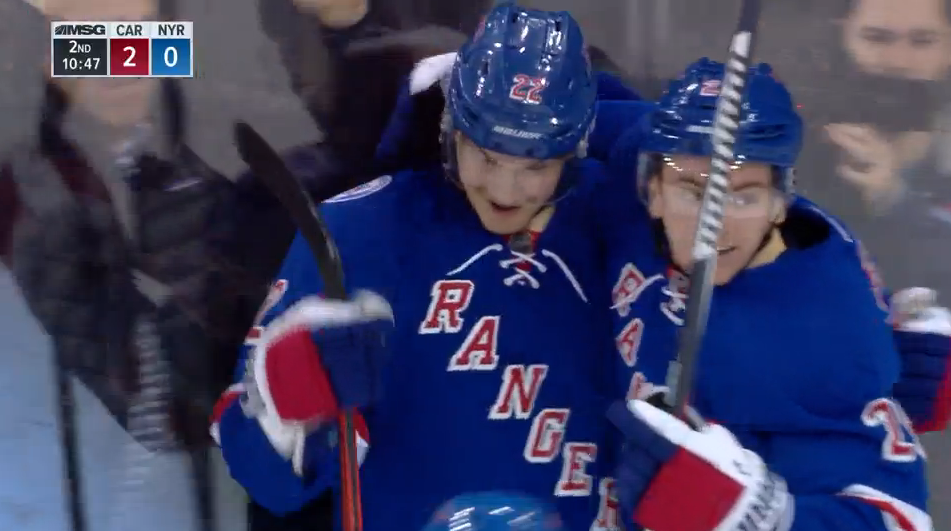 Just when you thought the New York Rangers were out of the game, Nick Holden injected them with some much needed life.

Nick Holden just gave the New York Rangers a heartbeat, and it couldn’t have come at a better time.

As a former Rangers coach once said, this team was “dead in the water” until Holden’s patience paid off.

The Carolina Hurricanes have successfully stifled the Rangers quick transition game, which has all but shut the door on their offensive chances.

The Rangers have looked slow, uninspired, and often lost through one and a half periods. They have not been able to engage their fast neutral zone play which has been their biggest asset this season.

Henrik Lundqvist has bailed out his team on multiple occasions already, and the Rangers will need to make some adjustments if they expect to claw their way back into this game.

NEXT: Why the New York Rangers are doing fine even with injuries