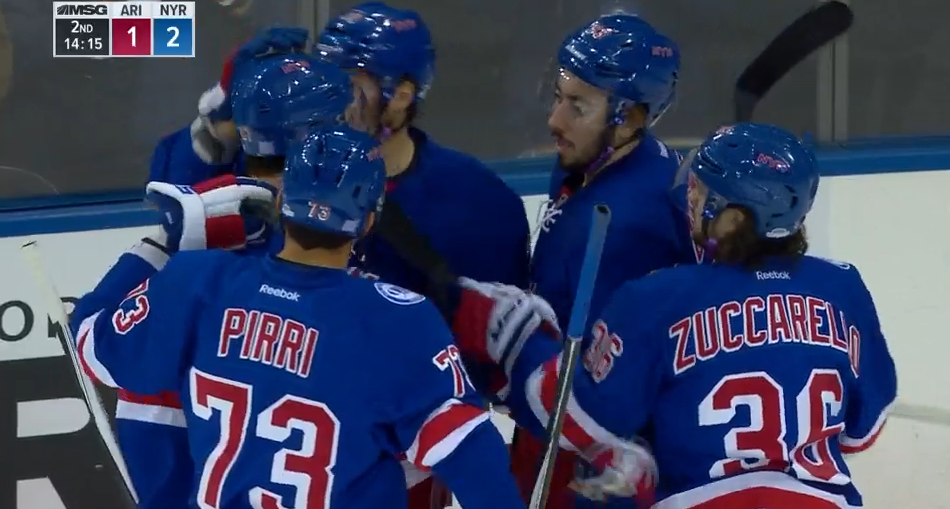 J.T. Miller scored a rare power play goal for the New York Rangers. The Coyotes have since scored to tie the game at 2-2.

J.T. Miller and Ryan McDonagh would do the rest.

Ryan McDonagh blasted a shot which Miller deflected past Louis Domingue. Miller’s goal gave the Blueshirts a 2-1 lead with 14 minutes left in the second period.

McDonagh had the primary assist on the play.

This is the Rangers’ second power play goal in two nights, which is something of a miracle for the Broadway Blueshirts.

The Rangers have been quick at both ends of the ice tonight and have had many scoring chances. Rick Nash has been knocking at the proverbial door, but hasn’t been able to finish on any of his chances.

After two periods of play, the Rangers are tied 2-2.

NEXT: Rangers Reaction: Jimmy Vesey Is Good At Hockey