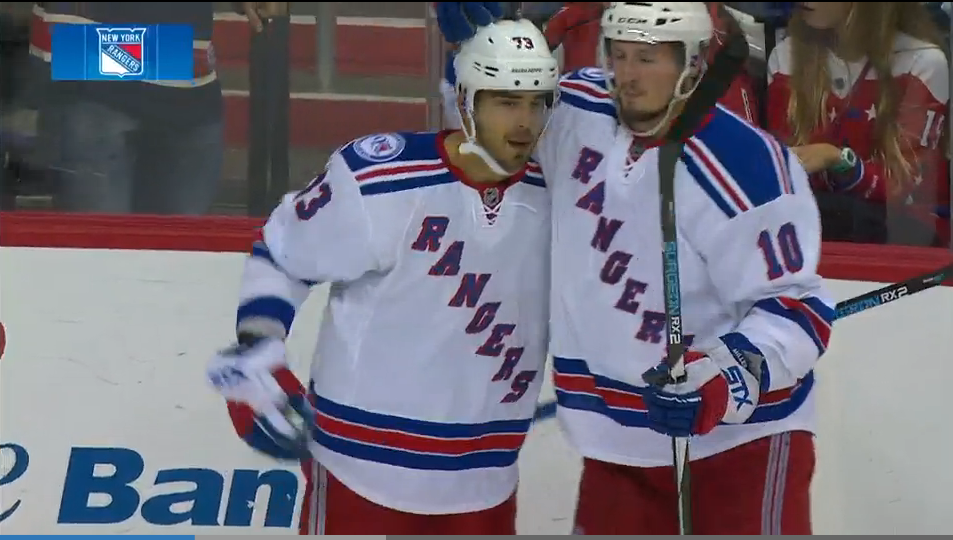 Brandon Pirri put the New York Rangers within one goal of the Washington Capitals, who are currently up 2-1 on the Blueshirts.

New York Rangers’ forward Brandon Pirri has been a pleasant surprise. He has provided an offensive spark which has complimented the team well. Tonight has been no different.

Pirri setup a perfect screen with the Capitals defense, which beat Braden Holtby glove side. The goal was Pirri’s second of the season.

The Rangers have had plenty of opportunities throughout the first period, but were not able to capitalize. That script sounds familiar, doesn’t it?

The Rangers have tightened the screws on their defense in the second period, as they fought off a four minute double minor penalty which came after the Pirri goal.

Mika Zibanejad just missed on a breakaway after he was sprung from the penalty box.

Henrik Lundqvist has looked OK throughout the game, although he has been caught out of position on a few plays.

NEXT: Are The New York Rangers And Anaheim Ducks Close To A Deal?