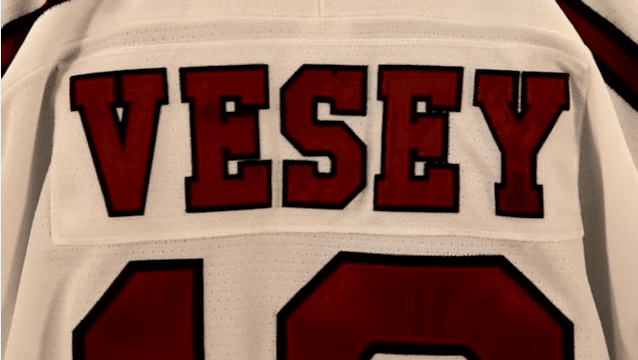 After months of debating and impatient debate, Harvard graduate Jimmy Vesey has decided to sign with the New York Rangers.

After consulting with his agents Pete Fish and Pete Donatelli today, Jimmy Vesey has decided to sign with NYR. #VeseyWatch is over.

After numerous reports, angry debates, and impatient bantering among the Blueshirt faithful, Jimmy Vesey picked Broadway as his destination.

Vesey’s decision has the potential to completely change the forecast of the Rangers 2016-17 season.

There’s only one question left to be answered:

Is Jimmy Vesey truly ready for the NHL? While there were some growing pains this past year, Kevin Hayes was a major part of the Rangers Eastern Conference Final run in the spring of 2015.

But there is plenty of time to debate these details. For now, the Blueshirt faithful can rest easy knowing that a rather large offensive hole has been filled.

Now only if we could say the same about the defense.

NEXT: Rangers Have Positive Question Marks Regarding Their Forwards