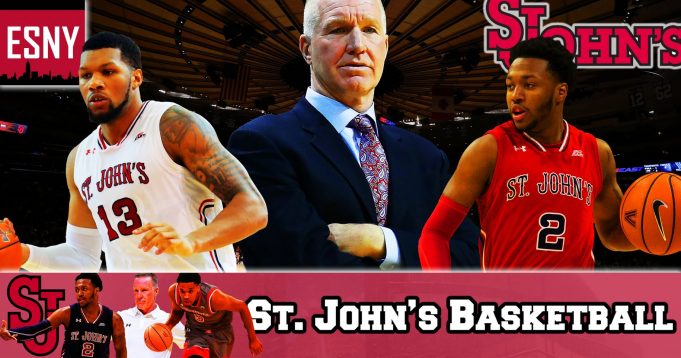 A pair of rising sophomores from the St. John’s Red Storm men’s basketball squad will be playing overseas this summer.

St. John’s Red Storm guard Federico Mussini and center Yankuba Sima will play for their national teams in the FIBA European Championships. Mussini will play for Italy and Sima for Spain.

The 2016 FIBA U20 European Championships will be held from July 16-24 in Helsinki, Finland.

This will be Sima’s second-straight year at this tourney. He led Spain to a silver medal last year.

This will be Mussini’s first go in this U20 tournament. He’s partaken in two FIBA European Championships and averaged 18.6 points in those two goings.

Despite a dismal year for the team, Mussini and Sima made big splashes in their rookie year, leading to some hope for this upcoming season as they look to improve.

Mussini’s nailed 56 3-pointers and led the Big East in free throw shooting percentage at a 86.2 percent clip. He led the team in scoring, as well, with 10.7 ppg.

Sima averaged 2.4 blocks per game, making him one of the top shot blockers in the nation. He compiled 60 blocks overall, which is the second most in the Big East behind his teammate Kassoum Yakwe, who had 66. Sima also averaged 5.7 rebounds per game and possessed a 7.3 scoring average.

It would look great to see them do well in the European championships, but even more for the Red Storm this season.