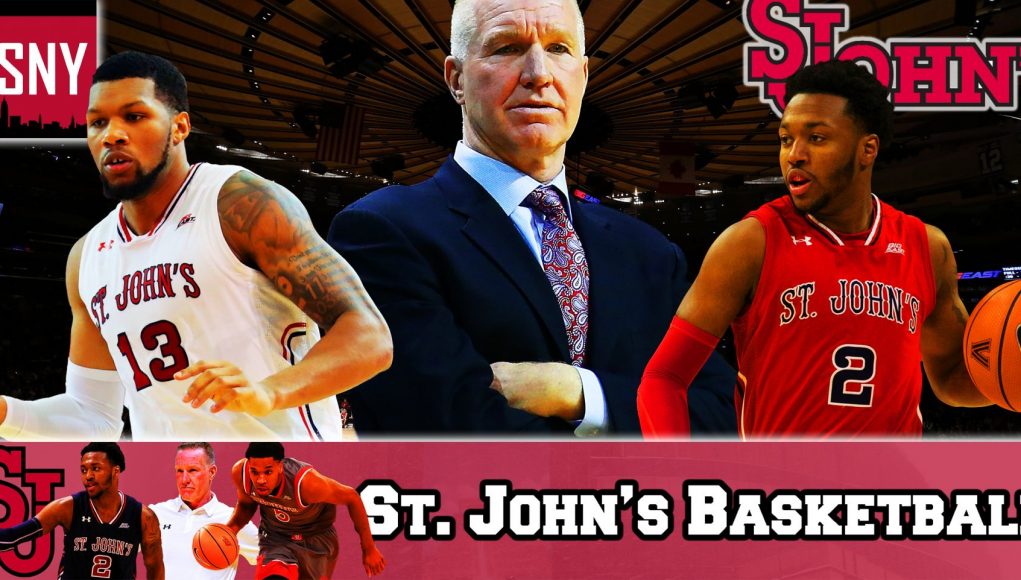 The St. John’s Red Storm basketball team is already feeling the Chris Mullin affect by getting a commitment from a top recruit for 2016.

When Chris Mullin was signed to replace Steve Lavin as the St. Johns Red Storm basketball coach, everyone wondered whether he was qualified to lead an NCAA basketball program.

While he’s yet to officially take the court, early returns point to the fact that he’ll be able to land the local five-borough talent.

At a ceremony today, 5’11” combo guard Shamorie Ponds, who hails from Thomas Jefferson High in Brooklyn, announced he has committed to the Red Storm for the 2016 season.

Per ESPN Scouting Ponds is a quick combo guard with a deadly shot from the outside. He has great burst and changes speed with the best of them. Per 247sports.com Ponds comes in as the 54th ranked recruit in the 2016 class.

Twitter is confirming that Mullin has nailed his first three pointer as St. Johns leader and sticking true to his vow to keep New York talent at home.

Really liked Shamorie Ponds this summer. It’s a great start for Saint John’s. There’s still nothing like NYC kid playing in the Garden.

The impact from this recruit will hopefully start the trend of local kids staying in New York. There are already reports that Ponds is trying to recruit other local talent to join him in Queens. Taking a look at Ponds at Rucker Park the ball handling and skill can only make you wish it was 2016 already.

Get ready in 2016 fellow St. Johns basketball fans the impact of the Chris Mullin hiring will be in full effect.