Our college basketball credo here at ESNY is self-explanatory — We pay attention in March — but we will make an exception here. Because the Big Ten has some explaining to do.

The cliff notes: No. 25 Ohio State hit a buzzer-beater to down Rutgers, 67-66, on Thursday night in Columbus. It capped a frenetic sequence that saw the Scarlet Knights foul up three, then miss the second free throw on the other end that would have put them up three. The Buckeyes then corralled the rebound, pushed it down the court and hit the desperation heave.

But there was a catch: Tanner Holden, who hit the shot, went out of bounds and then touched the ball first when he came back in-bounds. And that’s a no-no.

Brilliant breakdown by @TomCrean here at end of @RutgersMBB @OhioStateHoops game. The rule is that a player who is out of bounds of his own volition cannot be the first to touch the ball after he returns inbounds. Bucks caught a major break here. pic.twitter.com/7i6lS2qvkQ

A brutal, unacceptable blow for Steve Pikiell and company. Yes, Rutgers did not manage the end of the game to perfection. But that call has to be made. The conference cannot sweep this one under the rug; they will need to come out, acknowledge the error, apologize and penalize the officiating crew. You cannot miss that one.

There is a lot of season left for everything to even out for Rutgers. But it is not that irrational to worry this call could be the difference between safely making the NCAA Tournament field or the First Four or missing the field come March. Especially since the Scarlet Knights’ non-conference schedule always puts them in a spot where they need good road wins in league play. 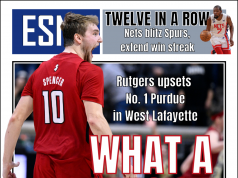 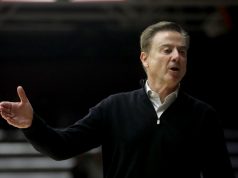