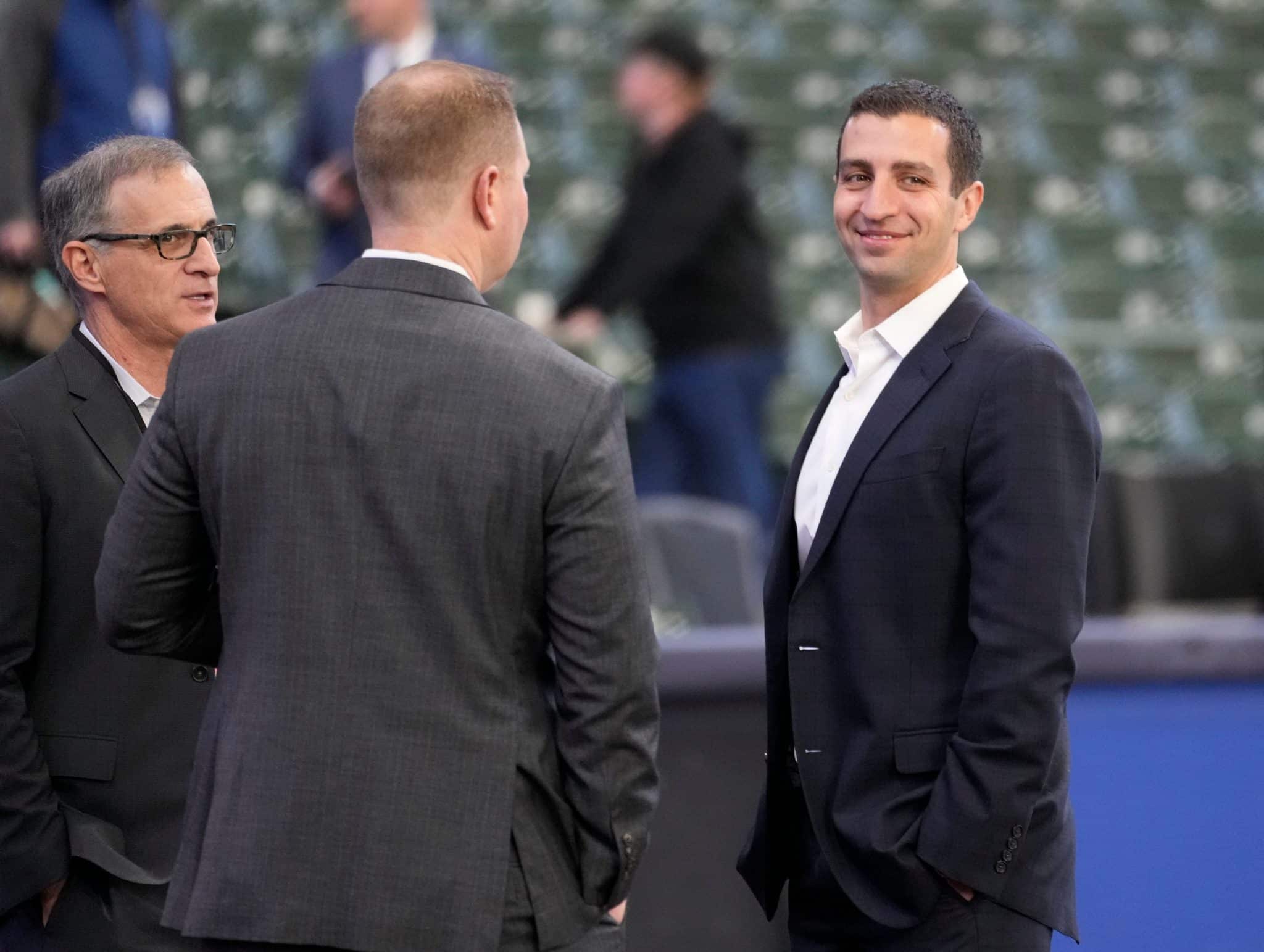 As we sit here on Thursday morning, most of MLB’s attention is on the World Series starting in Houston on Friday. But outside of the Houston Astros and Philadelphia Phillies, 28 other clubs are already working toward 2023. A crucial offseason for the Mets just got a little more interesting thanks to an announcement from the Brewers about David Stearns.

Milwaukee announced that its president of baseball operations is stepping down from that role:

The Milwaukee Brewers today announced that David Stearns is stepping down as president of baseball operations.

Matt Arnold, who has served as senior VP and GM of the Brewers since 2020, will move into the lead role overseeing baseball operations. pic.twitter.com/qgvLDys1Q2

Stearns, a New York native and childhood Mets fan, will stick around as an advisor. One would imagine it’d be to help his successor, Matt Arnold, get settled into his new position.

Why is this so interesting? Well, since Steve Cohen took over as Mets owner, he’s tried to do one thing in each of the last two winters: find a president of baseball operations. New York has been unsuccessful both times. People either took their names out of the running or opposing teams denied the Amazins’ request to speak with certain executives.

Cohen and the Mets had constantly gone big-name fishing for this position. That’s part of the reason why New York kept coming up empty-handed. They settled on Billy Eppler to run the show as general manager ahead of 2022. Things have gone well, despite people still being annoyed about the trade deadline.

Signing Eppler didn’t mean the Mets didn’t want to eventually fill that top position, though. New York could still find someone to plug in above Eppler, or Eppler himself could grow into it.

Reports surfaced shortly after the Mets’ postseason exit that the club wasn’t anticipating another search for a POBO before 2023. But maybe a search isn’t necessary because the person they want is finally available.

New York asked for permission to speak with Stearns last October, but the Brewers weren’t having it. Stearns had an option in his contract for 2023, but the stipulations made it seem he’d be back with Milwaukee for another year. If the Brewers had won the National League pennant and reached the World Series, Stearns would’ve become a free agent. Since they didn’t, he was technically under contract before Thursday’s news.

Cohen had given Eppler the seal of approval to forge ahead and make roster decisions. But heck, getting this unexpected news definitely calls for a few meetings to discuss if New York should pursue Stearns again.

How would Eppler feel about having someone come in and immediately get installed above him in the organizational hierarchy? In most situations, probably not great. But these two are reportedly long-time friends, so maybe he’d be OK with him joining the organization as they look to build upon a 101-win campaign.

Of all the big names the Mets have been fishing for the last two years, Stearns has been the one they’re most intrigued by. However, they probably thought it’d be another couple of years before he’d actually be available. Being OK with not filling the position this winter made it seem like they were content waiting for him to hit the open market.

Well, now he’s available. You have to imagine Cohen and/or Eppler will be chatting with Stearns in the near future to “catch up” on things, even if they’re not planning on interviewing him right now. Stearns also said he’s “not going anywhere” as the organization works through this transition period during Thursday’s press conference. So, I suppose we’ll see how long this transition actually is.