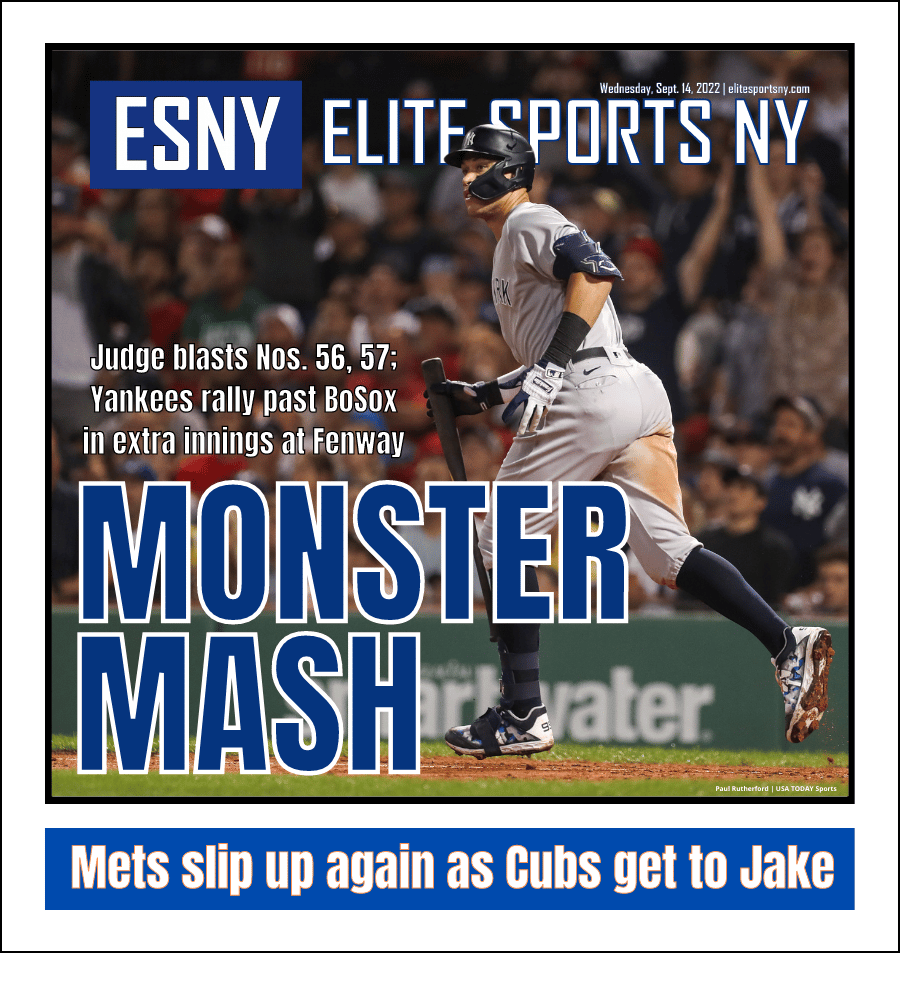 The Yankees’ slugger crushed his 56th and 57th home runs of the season Tuesday night in Boston as the Yankees rallied past the Red Sox, 7-6, in 10 innings. Judge is now four homers away from tying Maris for the American League and franchise records and five from breaking the mark.

Judge joined an exclusive club with his second homer on the night, a solo shot in the eighth inning that tied the game at 4. He is just the 12th man in baseball history to hit 57 or more home runs in a season. And only five of them hit 60 or more. And none of them did it during in a contract year with immense stakes.

The Yankees have 20 games remaining. Judge has ample opportunity to get to 62 (and beyond). But a run at Bonds’ single-season record of 73 seems unlikely. And yes, that is the record. Steroid era and everything. Even Judge says so.