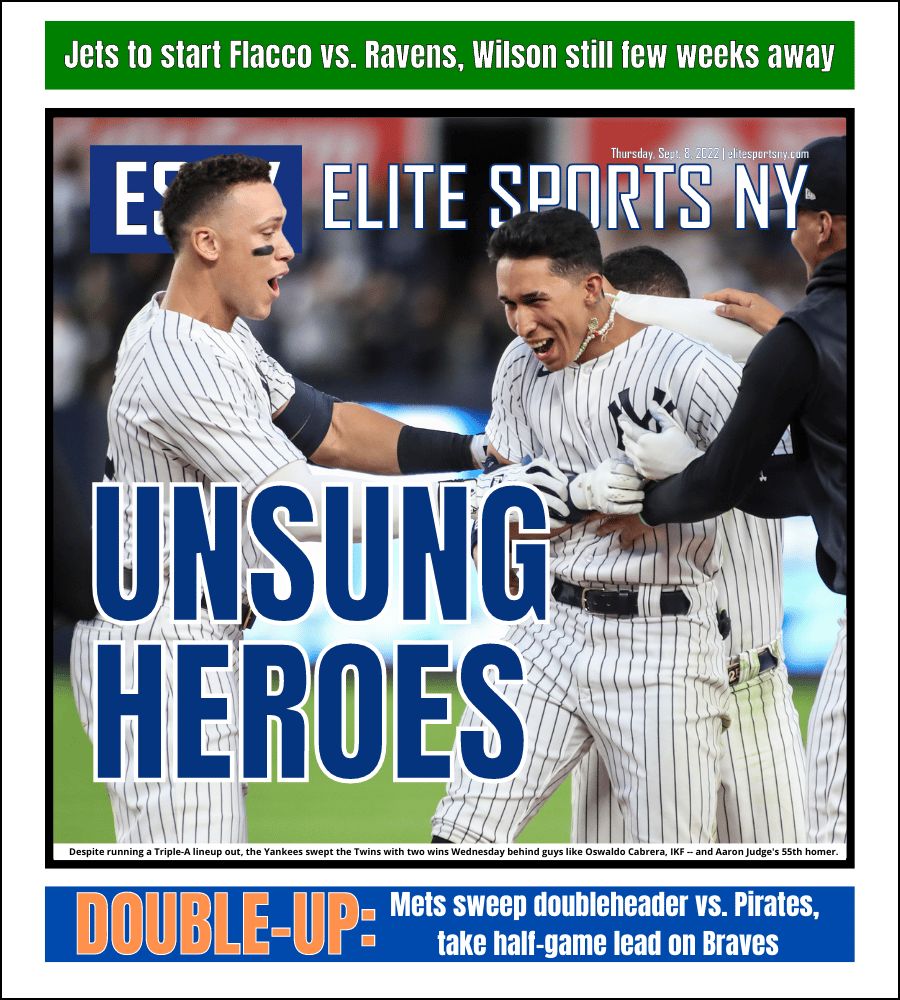 The lead story: The Yankees may have put a Triple-A lineup out on the field, but they delivered a pair of big league wins. Aaron Judge blasted his 55th home run, but players like Oswaldo Cabrera and Isiah Kiner-Falefa also delivered as the Bombers swept a doubleheader over the Twins.

The sidebars: The Mets swept their own doubleheader in Pittsburgh to regain a half-game lead over the Braves in the NL East. And the Jets announced Joe Flacco will start at quarterback in Week 1 against the Ravens. Zach Wilson is not expected to be back until at least Week 4.

The take: On why Judge’s “realm of reality” may be a rude awakening for Randy Levine and the Yankees:

The inconvenient truth for Levine and owner Hal Steinbrenner and general manager Brian Cashman: The definition of reality in this case is pretty simple. It’s whatever numbers the Yankees and the other 29 big league clubs put on the table for Judge. And if someone throws out a figure the Bombers’ brain trust does not like, that does not make it any less real.

The Yankees can praise Judge non-stop. Profess how hard they will try until they are blue in the face. And they can pull out all the stops to sell the grandeur of New York and the mystique of the pinstripes. But if the Rangers offer Judge the biggest contract in baseball history, that is reality. If Steve Cohen and the Mets want to give Judge a game-changing deal short on years and astronomical on salary, that is reality. If Judge is more inclined to give the Giants a hometown discount than the Yankees, that is reality.