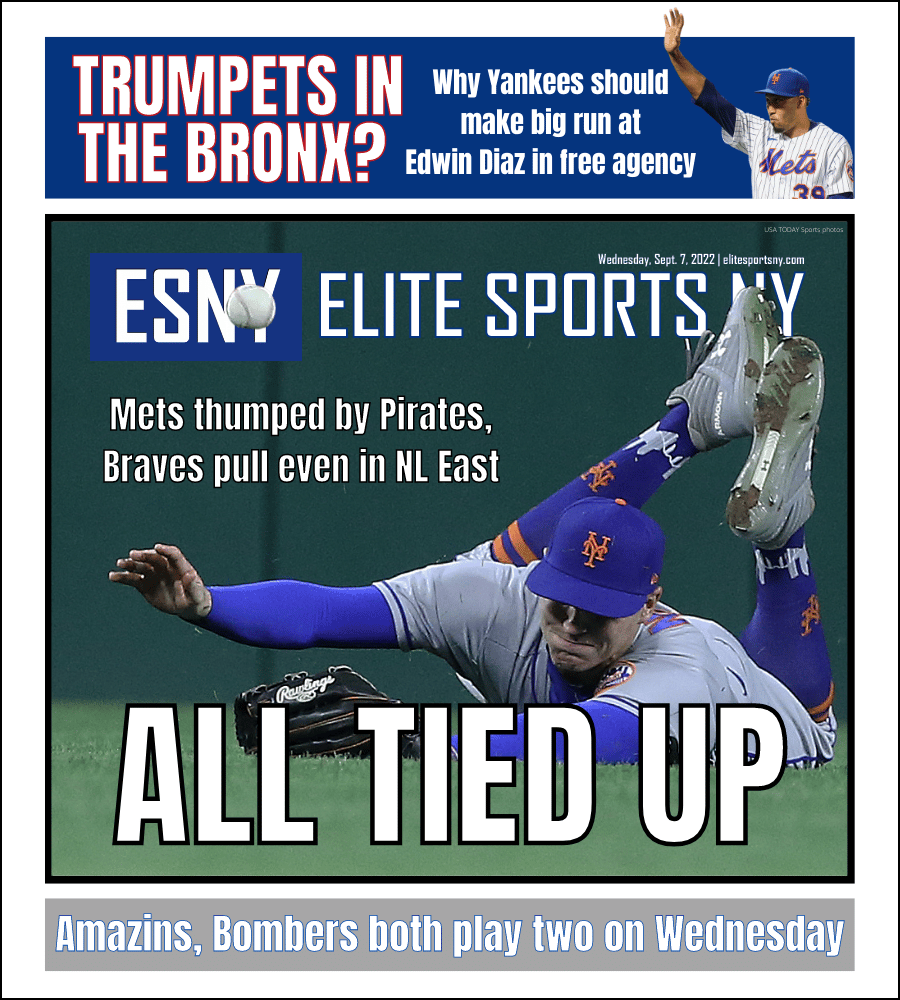 It’s all tied up.

The Mets were hammered by the Pirates, 8-2, on Tuesday night. And the Braves downed the Athletics, 10-9. So for the first time since opening day, the NL East is a dead heat.

The Amazins and the reigning world champions are knotted up with identical 85-51 records. The Mets have lost 10.5 games in the standings since June 1 despite playing at an almost 100-win pace. The Braves have just been that hot. And now it’s a 26-game sprint to the finish.

The sidebars: Edwin Diaz is going to be one of many high-profile Mets free agents. And the Yankees are arguably in need of a closer. Here’s why it would make sense for the Bombers to make a big swing.

In other free agency news, Yankees president Randy Levine was asked about Aaron Judge’s future by The Post. And he said a great deal.